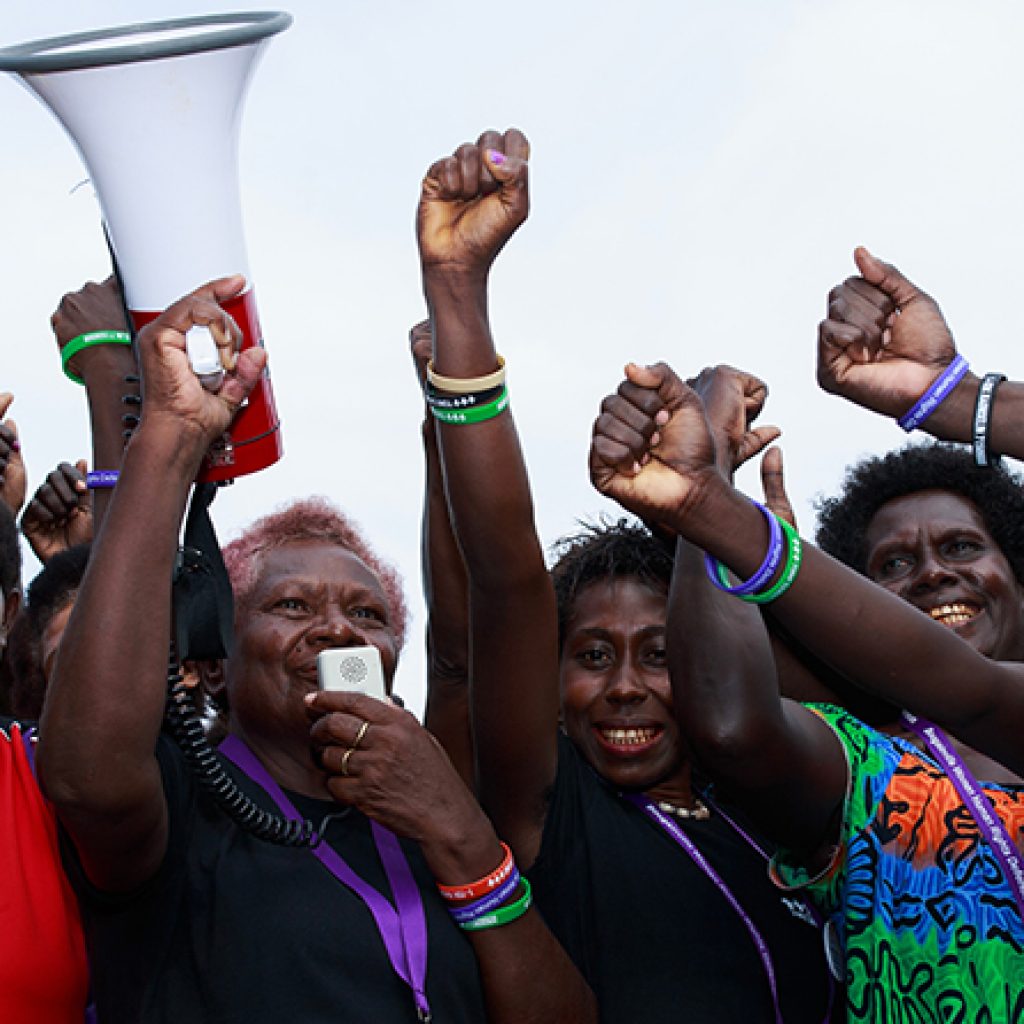 Since 1985, the International Women’s Development Agency (IWDA) has worked purposefully towards gender equality for all – together with regional partners and as part of global coalitions.

With the recent surge of misinformation in the public sphere, it’s more important than ever to filter out what’s true from what’s not. This blog focuses on women’s leadership in Asia and the Pacific, where IWDA and our partners work. Would you recognise the facts from the fiction?

Of the four countries worldwide that have no women MPs, three are in the Pacific region – FACT

The reality, of course, is complicated. Though there are currently no women in the national parliaments of Papua New Guinea, Vanuatu, and the Federated States of Micronesia, it is not true to say that these nations are all deep-set patriarchies. Micronesia is, in fact, one of the very few countries in the world with traditionally matrilineal property systems and a history of power-sharing between men and women. More broadly, it’s worth noting that Pacific women held key leadership roles in pre-colonial times. Local organisations have undertaken significant work to support women candidates and build solidarity among women, such as Solomon Island’s first ever Women’s Forum organised by IWDA partner Women’s Rights Action Movement. These efforts have led to an annual rise in women’s political representation across the Pacific region from 4.7% in 2013 to 8.2% as of September 2019.

In 2016, a coalition of women’s groups in Timor-Leste – including our partners Alola Foundation and Rede Feto – helped to introduce legislation that meant every third candidate on a party’s ballot paper had to be a woman. This saw a 20-fold increase in the number of women candidates. Yet, as we know, empowering women to lead is about more than getting women candidates onto ballot papers or into parliaments. The fact remains that not a single country in the world has achieved gender equality yet. That’s why Alola Foundation and Rede Feto also work to nurture Timorese women leaders and amplify the voices of diverse women from across the country, so women can advocate for their rights and participate fully in decision-making.

There is no place for men in feminism – FICTION

We know progress is made when feminists raise their voices and act together. IWDA’s Women’s Action for Voice and Empowerment (WAVE) program brings together and supports individual women, organisations and movements across the Asia Pacific region to increase the representation of women in diverse leadership positions. This led to a trailblazing collaboration between IWDA and our partner Akhaya Women in a year-long mentoring program pairing six women MPs from four parties in Myanmar with six women MPs from across Australia’s political spectrum. Daw Nan Moe MP, who was mentored by Judith Graley MP, said: “Judith stands behind my back and encourages me. We women MPs need someone behind us, supporting us. I hope one day I’ll become a mentor for someone who needs me.” IWDA absolutely believes that men can be feminist allies too. In Cambodia, WAVE partner Banteay Srei has established a network of more than 100 men who receive training on promoting gender equality and making space for women to lead.

Academics have observed that parliaments with greater representation of women are more likely to adopt more stringent policies addressing climate change. That’s not to say that it’s only within political institutions that change happens. We see women-led climate action across our regional partners’ work – take femLINKpacific’s Women’s Weather Watch platform, supported by IWDA as part of the We Rise Coalition in Fiji, which links networks of women to disseminate disaster-related information and was recently cited on the London School of Economics’ blog as an example of how feminist research will help solve the climate crisis. Meanwhile, in Papua New Guinea, our partner Wide Bay Conservation Association works to strengthen recognition of women as traditional custodians of land and resources, and as equal leaders in communities. Women have long been capable change agents in society – and our power is only growing stronger. Join us!