Solomon Islands to Argentina: The Rise Of Women In 2016

As 2016 nears the end, here’s a list of the 10 biggest movements, moments and women leaders that kept our spirits high and showed us the true strength and power of the global feminist movement: 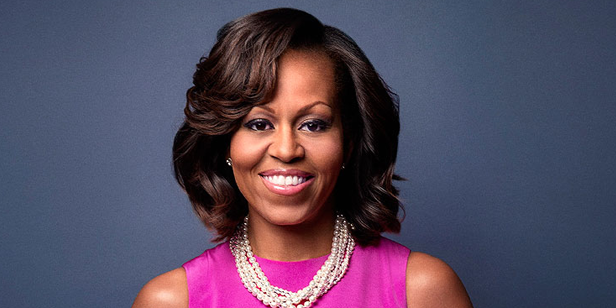 Whether it’s calling out sexism in the media (and on the campaign trail), advocating for the role men must play in gender equality, or addressing the gaps in girl’s education, Michelle often outshone her husband during his eight years in office. We’ll be sad to see her go.

In Saudi Arabia, an archaic and blatantly sexist law requires women get permission from a husband, father or son if they want to travel, be released from jail, and sometimes even work or access healthcare. For years, a growing movement of women have protested to end this system of male guardianship. In 2016, nearly 15,000 women signed a petition calling for an end to the law.

With their Women’s Weather Watch radio program, IWDA partner FemLINKPACIFIC, led by Sharon Bhagwan-Rolls, ensured rural women received information to support preparedness, and in the wake of Cyclone Winston, ensured women in rural and remote communities were factored into the immediate assessment, not just as recipients but as resilient first responders.

We were moved this year by the wave of wonderful women and men peacefully protecting a sacred site at Standing Rock, North Dakota, to speak out against the proposed Dakota Access Pipeline. Not only have women been central to the peaceful objection, but brave women water protectors like Floris Whitebull have stood up and called attention to their ill treatment at the hands of police.

In Myanmar, women are told their bodies are dirty. Periods are taboo, women’s underwear isn’t allowed to be washed with men’s…there isn’t even a word for vagina. Htar Htar of IWDA Akhaya Women is one of the first women in Myanmar to educate women about their bodies with her sexual education classes. In a country where sexual violence remains sickeningly prevalent, teaching women about bodily autonomy is revolutionary.

This year millions of women had had enough. Enough of laws restricting women’s health choices, enough of violence against women, unequal pay and funding cuts to domestic violence shelters. Hundreds of thousands of women marched from Buenos Aires to Reykjavic, supported by millions online through hashtags like #NiUnaMas and #kvennafri to demand safety and equal rights.

Women may not have broken the ultimate glass ceiling in this year’s US election, but there are still definite reasons to celebrate. Ilhan Omar, a 34 year-old Somali-American woman, was elected as the first ever Muslim woman Legislator in the Minnesota House of Representatives.

Women in Timor-Leste are simply not seen as leaders – their voices are often not valued, and they are rarely part of the key conversations that can impact their lives. But we’ve seen cracks starting to form in the glass ceiling in 2016. Last year, only 10 Village Chiefs were women. In this year’s election, that figure has more than doubled. It’s still a small jump, but a huge step forward for a deeply patriarchal nation.

Marvel’s latest collaboration with author Roxane Gay does something no comic has ever done before – it features two queer black women as main characters. YESSS! It’s exciting to see heroes and protagonists that reflect the many diversities of women and girls, and even more cheering to see it come from what is typically a traditionally male platform like comics.