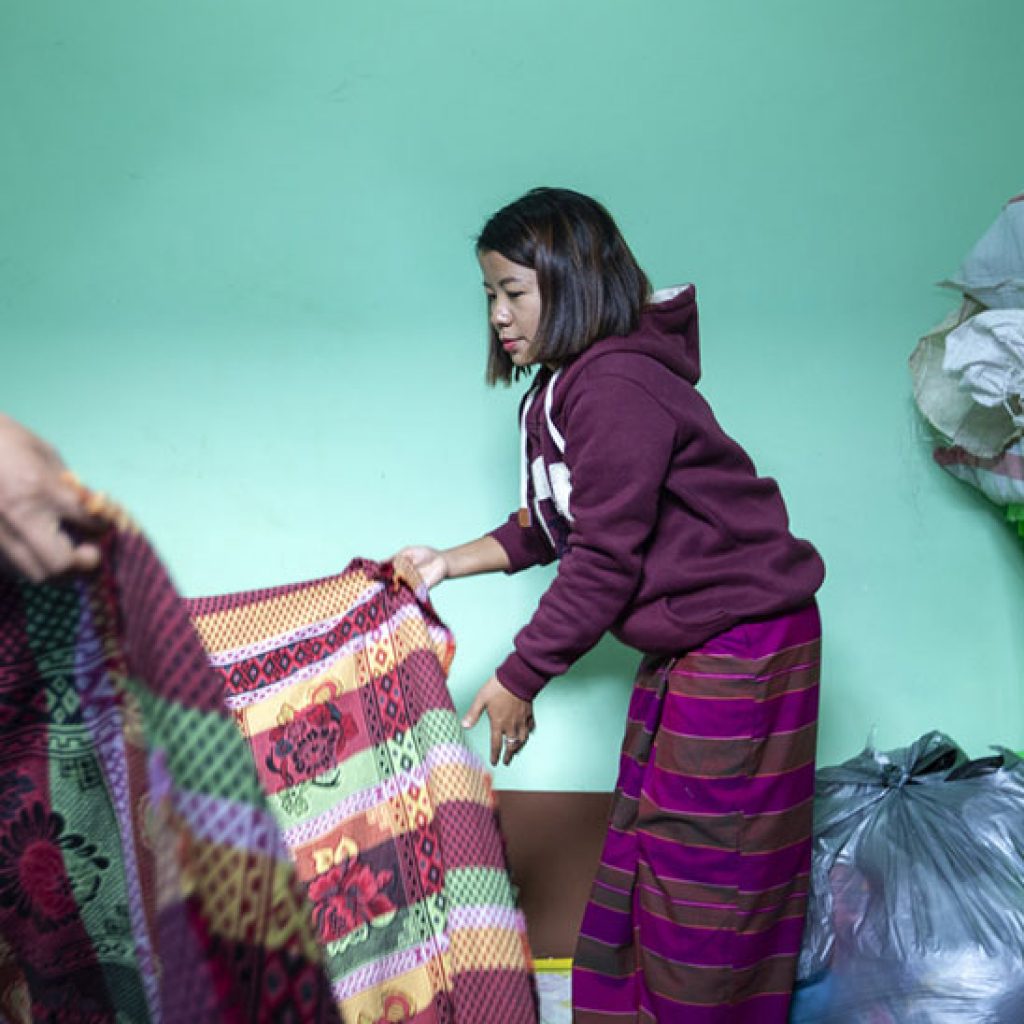 On this day four years ago, the United Nations General Assembly established the International Day for the Elimination of Sexual Violence in Conflict with the adoption of Resolution 69/263. The resolution aims to raise awareness of the need to put an end to conflict-related sexual violence, honour the victims and survivors of sexual violence around the world and pay tribute to those who have devoted their lives to stand up against these crimes.

Around the world, the day will be used to condemn sexual violence as a tactic of war and as a barrier to peacebuilding and gender equality. Today at IWDA, we recognise and celebrate the transformative work of our partner Ta’ang Women’s Organisation (TWO) in supporting, protecting and empowering women whose lives are affected by conflict. TWO has shown incredible resilience and dedication in responding to the pressing issues facing women in Shan State, Myanmar, including increasing sexual violence and exploitation.

“Security is without a doubt the main challenge for TWO’s work.” – TWO 5 Year Plan

Within Northern Shan State, Ta’ang people, an ethnic minority in Myanmar, are caught in the middle of a rapidly militarised conflict between the Myanmar Army, the Ta’ang National Liberation Army and other various armed groups or state-aligned militias. Despite a Nationwide Ceasefire Agreement in 2015, violence has increased in many of the townships in which TWO works over the past year. Growing conflict limits TWO’s ability to reach affected populations yet also demonstrates the significant need for their programming. According to TWO, conflict affected women in Shan State are at higher risk of being trafficked, sexually exploited and experiencing drug related abuse or sexual violence.

TWO’s work provides Ta’ang women various routes away from conflict-related sexual violence and provides a lifeline to women in their area who face severe human rights violations. TWO prevents and responds to conflicted-related sexual violence by empowering women to access justice systems, share their experiences with others, form prevention networks and build their skills. Importantly, TWO has also established a crisis support centre where survivors of violence can access emotional and practical support.

In 2018, TWO provided 77 women safe emergency shelter services, engaged 1,316 men on the effects of  conflict-related sexual violence, held empowerment and livelihood training in 14 townships and strengthened relationships with local leaders to hold them to account for their commitments to women’s rights and safety.

“Sexual violence is a threat to every individual’s right to a life of dignity and to humanity’s collective peace and security.”- Antonio Guterres, United Nations Secretary-General

Overall, local communities value TWO’s work as they have agreed to allow more women to participate in decision making and negotiations with conflict parties. This achievement is TWO’s most significant contribution to the elimination of conflict-related sexual violence because we know that women’s meaningful participation and leadership in peace and security decisions often leads to sustainable, peaceful and resilient societies.

TWO is a partner of our Women’s Action for Voice and Empowerment (WAVE) program, a groundbreaking women’s leadership program that is increasing the representation of diverse women in leadership positions.  The WAVE program supports the women-led action of TWO and others to prevent and respond to violence against women across the Pacific and Asia. Together these organisations raise awareness about the importance of women’s leadership at the local level and how violence can act as a barrier to effective governance. To see more of WAVE’s work follow us on Facebook.