Ahead of International Day of the Girl, we spoke with Fijian feminist activist and writer Shazia Usman about her journey in the women’s rights movement since childhood and the empowering message of self-love for young girls in her debut children’s book.

Ahead of International Day of the Girl, we spoke with Fijian feminist activist and writer Shazia Usman about her journey in the women’s rights movement since childhood and the empowering message of self-love for young girls in her debut children’s book, Kaluti, published in August 2019. Shazia is a graduate of Fiji Women’s Rights Movement’s Emerging Leaders Forum, a programme that was supported by IWDA, and currently works as Communications and Media Specialist for UN Women Pacific’s Ending Violence Against Women and Girls programme. Views expressed are her own.

What did feminism mean to you, Shazia, while you were growing up?

I was a feminist before I even knew what it meant to be one. To me it meant justice and equality; that women were no less than men; that we deserved opportunities and had the right to make choices and decisions which concerned us. I felt this way even before I had any idea what women’s rights were, what feminism was. I always had a strong sense of justice, probably because I saw how often women were oppressed by men and systems that upheld patriarchy. This is why I never hesitated in claiming the feminist label when I learned of it. It fit my values.

So how old were you when you first became aware of gender inequality?

Probably around 10 – when I noticed how I, and other girls around me, were expected to dress and behave more conservatively, more modestly, than boys. Traditional gender roles were forced on us. I was expected to do more household chores than my brother, for example, simply because I was a girl.

You joined Fiji Women’s Rights Movement as an undergraduate student – what prompted this?

I’d love to say it was a burning desire to promote women’s rights which made me seek them out, but the truth is that the movement found me. The Fiji Women’s Rights Movement (FWRM) wanted a research assistant and I wanted to earn extra money, but from the moment I joined FWRM (and the women’s movement) I knew I was home. I belonged.

It wasn’t long before you graduated from FWRM’s Emerging Leaders Forum too! What impact did this year-long leadership program have on your life?

It connected me to other young women who had the same feminist rage as I did. It connected me to an organisation, a movement, who understood that rage, and helped me channel it strategically so I could join them in dismantling the patriarchy collectively. And I am still doing that in solidarity with my feminist sisters!

“From the moment I joined FWRM and the women’s movement, I knew I was home. I belonged.”

You recently published your first book – congratulations! What inspired you to write Kaluti?

Seeing girls go through the same thing I did when I was their age. Seeing women my age, and those older than me, still facing colourism. Enough was enough, I thought. Kaluti is a love letter to my younger self and other brown girls out there: that we are enough; that our skin colour is perfect as it is; and that we don’t need to perform beauty for anyone.

What do you want young girls to gain from reading your book?

I want them to take away the importance of self-love and standing up to your bullies – that there is nothing more powerful than being yourself, as long as you are not hurting yourself and others. People across different demographics are reading it and seeing themselves in Zia, the main character. So many parents are reaching out to me, saying they are using the story as a tool to speak to their children about bullying, discrimination, and self-love. As a writer, I can’t tell you how happy that makes me feel – that my words are making a difference.

Finally, if you could have a conversation with your ten-year-old self now, what would you say?

I’d tell her that she will change the world by being herself. That she is enough, and always was. That even though she doesn’t know it now, there have been many women who’ve paved the path for her and she has a duty to do the same for those after her.

You can find out more about FWRM’s work here and learn about the GIRLS program here. Kaluti by Shazia Usman is available to purchase online, and why not also explore IWDA’s list of other must-read women writers from Asia and the Pacific? 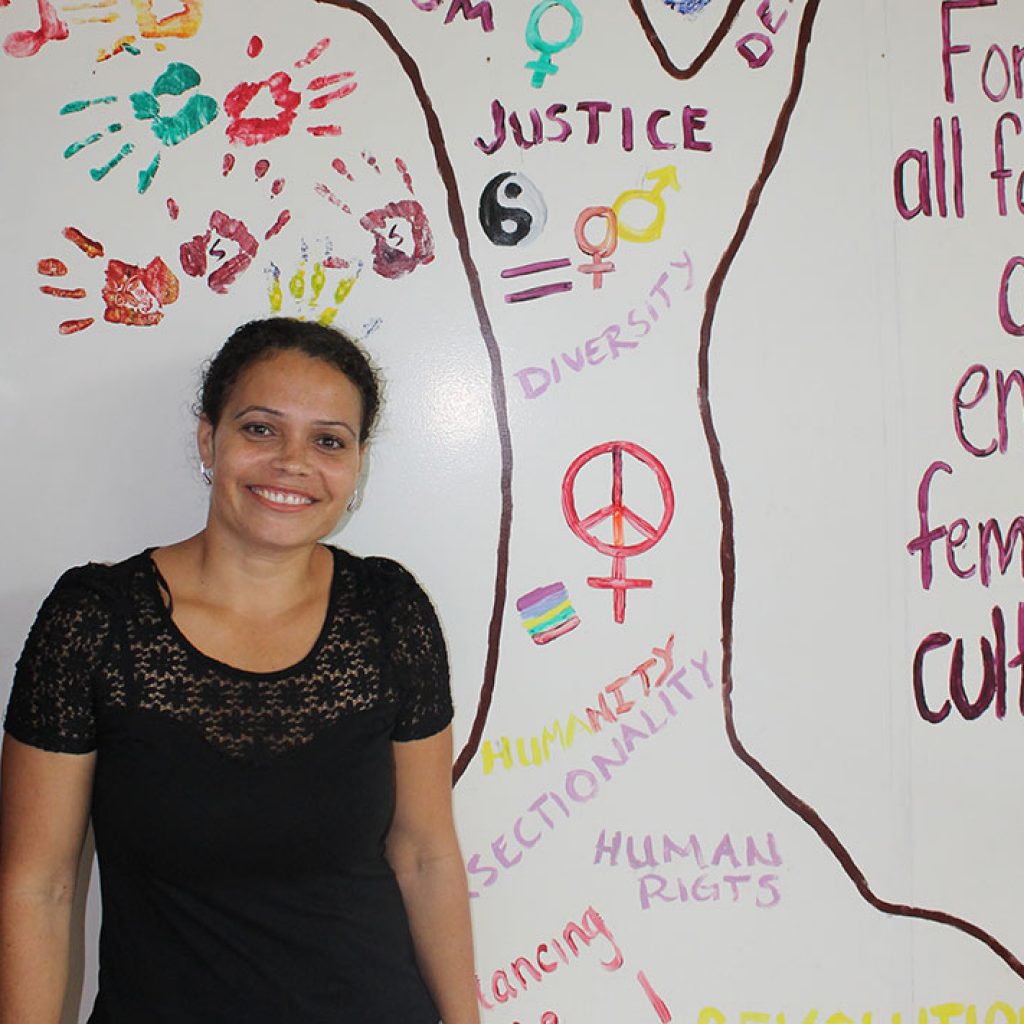 Empowering girls to lead in Fiji