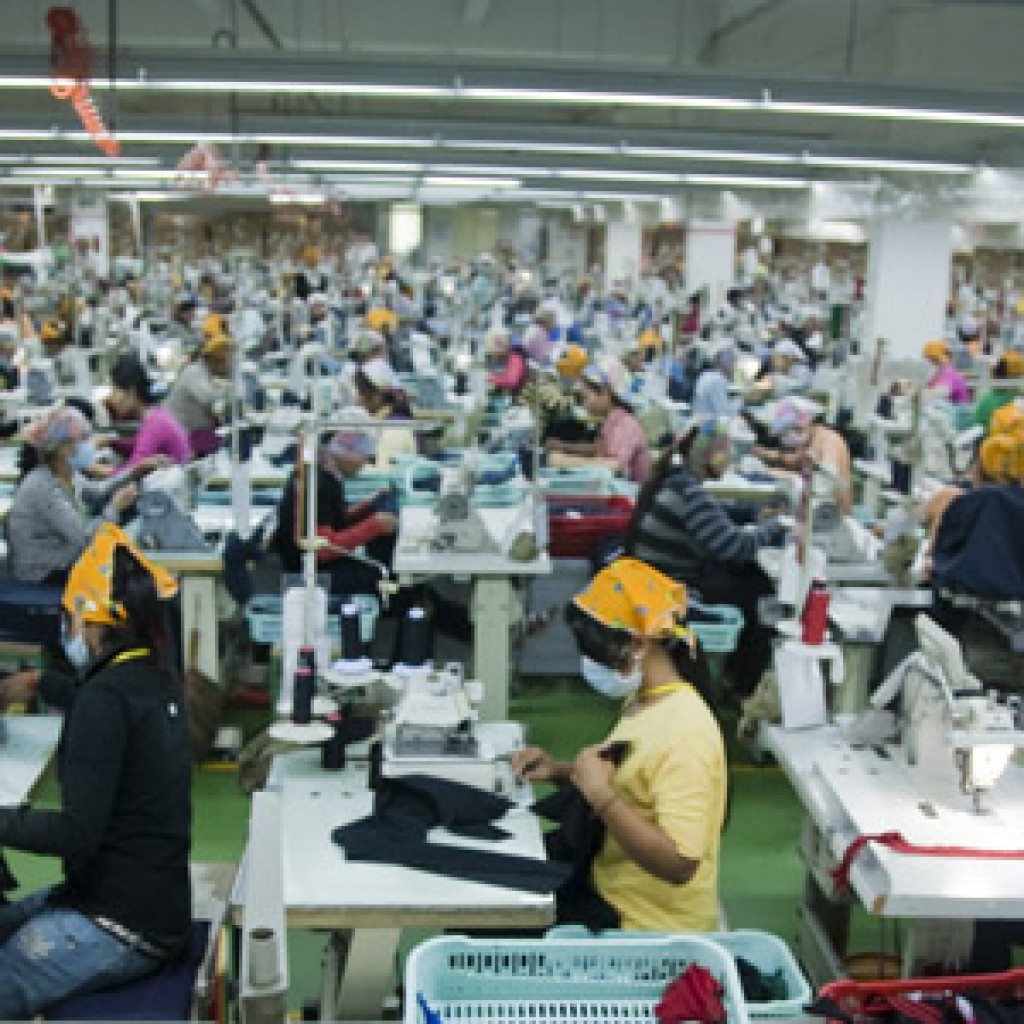 We know about the poor pay and long days – but the rights abuses in this billion dollar industry are far more complex.

We know about the poor pay and long days – but the rights abuses in this billion dollar industry are far more complex.

Most of us know that, unlike the fancy brand name items they produce, life inside a garment factory is far from glamourous. We’ve heard about the long hours, low wages and lousy conditions. But what’s life really like for these workers, who are overwhelmingly made up of young women?

A report by Human Rights Watch of over 340 people revealed that life inside these factories is bleak, and it isn’t just the work. Toilet breaks are monitored, and some workers said they were flat out denied them, even when sick. The same goes for water and lunch breaks, both necessary to stay healthy when working 12+ hour days in a stuffy, overcrowded factory. This is all to meet the exploitative quotas set by the factories.

Safety is a huge problem

Sexual abuse within the factories, both at the hands of management and co-workers, is rife, with 20% of women experiencing violence that creates a threatening workplace. And transport to and from the factories is via a rickety truck, with workers often forced to stand on a truck bed – in 2015 alone, 7,000 workers were injured in road accidents, and 130 killed. Just yesterday, a truck carting workers to a factory in Kompong Speu province overturned, injuring 37 women.

Pregnancy is enough to get you fired

Accounts from our partners, as well as Human Rights Watch and Asian Floor Wage Alliance, tell us that employers generally refuse to hire pregnant women. And if you fall pregnant on the job, don’t rely on accessing any support. Pregnant women are routinely denied sick leave to visit doctors, terminated from their contracts early, or left without any maternity leave when their short-term contracts are not renewed.

Isn’t this illegal? How can it continue?

Yes, in theory. But it’s more complicated than that. The laws that do exist are not enforced and do little to curb the behaviour of exploitative factories. Despite official records stating that nearly 300 factories of both garments and other products violated the Labour Law in 2013, action was only taken against 17 factories between 2009 and 2013.

The Cambodian garment industry is a huge contributor to the economy, with garment exports totalling $5.7 billion. Despite the terrible reputation of this industry, the Cambodian government has a vested interest in the sector’s success – if the factories were shut down, the government would lose a huge portion of their income. Allegations of bribery and corruption within the industry are not rare, and despite the government’s condemnation of these abuses, a law introduced last year made it even harder for unions and NGOs campaigning for worker’s rights to register and draw attention to these issues.

Blame must also fall to the Brands who used these factories. Brands such as Gap, H&M and Adidas are required to ensure factories producing in their name adhere to international labour laws. While some brands have moved to implement fair conditions, others continue to benefit from the exploitation of workers. There is a lack of transparency and a shortage of ways to hold these companies to account.

Workers are not aware of their rights

Almost 90% of garment workers in Cambodia are women. Many of these women are young, and travel far from home to support themselves and their families. In many cases, they are simply not aware of their rights. With unions discouraged, these women often have few avenues to obtain information or to question their workplace conditions. IWDA supports local women’s groups to create a safe space for women to receive advice, assistance and access to essential services, so they can realise their rights and speak out, individually and collectively.

In an environment that fosters fear, this is essential to putting an end to the exploitative industry that produces some of the biggest brands on earth.

IWDA stands with the many women’s organisations in Cambodia working to end this exploitation and create a safer, fairer future for thousands of women garment workers.