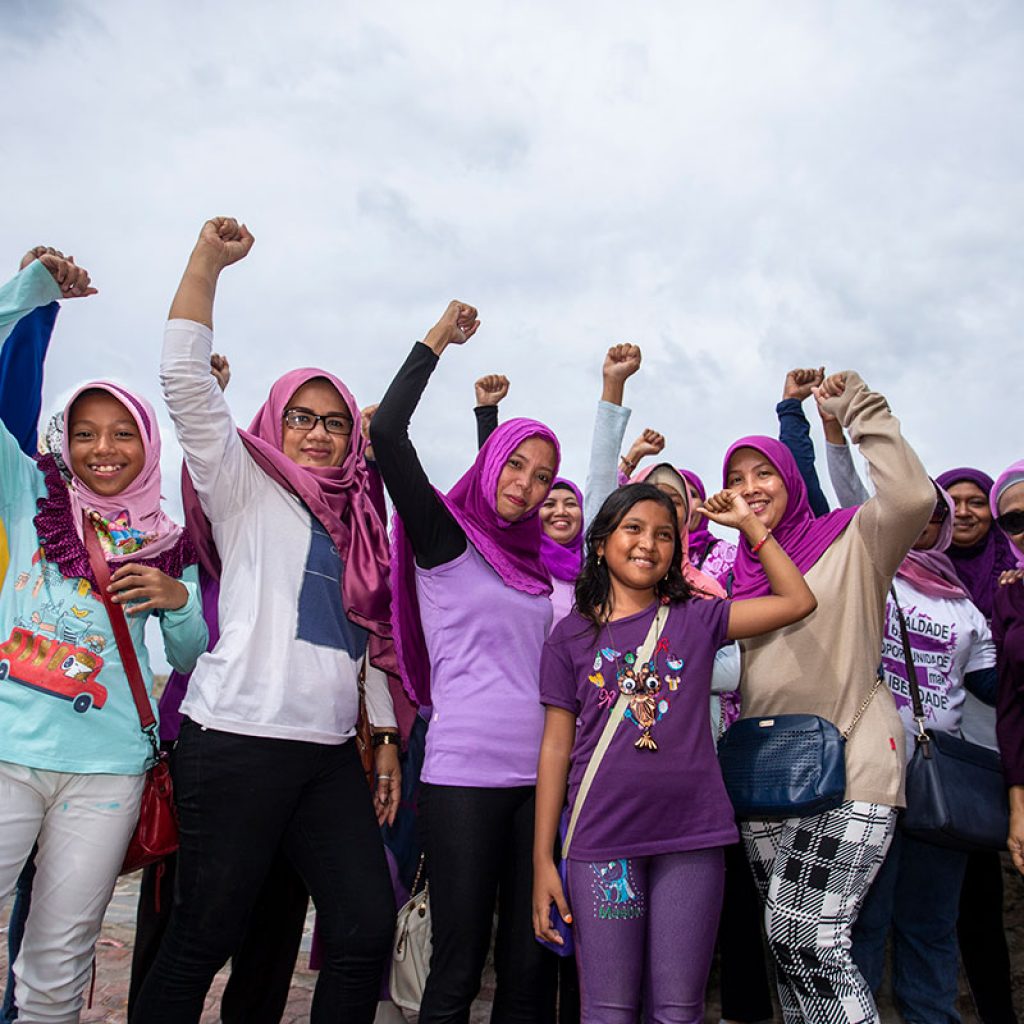 There is often a tendency to look at global challenges like gender inequality, climate change, poverty and conflict as too large for ‘everyday’ people to solve. People might think these are best addressed through governments or international organisations, but this dismisses the political and social power of people.

Movements throughout history have shown that what happens outside formal political institutions can be just as important as, if not more than, the decisions made within them. Understanding the power of movements is important for those who advocate for gender equality – transformation is never easy but can be made easier with the help of others!

What makes a movement?

While a ‘movement’ can be hard to define, the premise is simple: people working to change society for the better. Leading feminist scholar Srilatha Batliwala describes a movement as an “organised set of people with a shared interest or experience of injustice, who build their collective power and create a shared agenda for change, which they pursue through collective action with some continuity over time.”

It’s important to note that movements are more than flash-in-the-pan campaigns that die out as fast as they rise to international prominence. Successful movements spend years establishing and maintaining networks with a range of often vastly different groups to build a powerful coalition that eventually cannot be ignored.

“Beyond individual stories, network builders must actively seek out ‘unusual suspects,’ groups that are not natural allies but are deeply impacted by campaign issues. Taking the time to reach beyond traditional circles adds richness to the movement” – NetChange Report

Once there is a network of people mobilised around a common goal, it’s easier to coordinate effectively. People in the movement then share information, strategies and resources to support diverse and skillful activists leading social change efforts against much more powerful actors. In this way, movements can harness grassroots power but strategically direct it towards concrete change in attitudes, values, practices, cultural norms, laws, policies and national budgets.

Movements that build power in this way are, historically, more successful because they don’t seek to overpower opposition, they seek to attract support. Slowly, consistently and patiently they articulate a vision for a better world from different platforms thus putting the issue at the forefront of the collective mind. Just think about the recent success of Fightfor15 or Climate Strike.

Throughout history, movements of concerned women, and the people who support them, have been incredibly crucial in moving the world towards gender equality.

The combined power of women’s movements has seen an increase in women in leadership, more liberal laws on women’s sexual health and reproductive rights, and a surge in services to protect women from gender-based violence – just to name a few.

Together, these loud and powerful movements have organised to influence international and national legislation to guarantee women’s equal rights through the adoption of CEDAW: the international bill of rights for women, the Beijing Platform for Action, UN Security Council Resolution 1325 on women, peace and security, women’s suffrage and the criminalisation of marital rape in many countries.

Women’s movements are impactful because they do not stop after one ‘win’. Success is not linear and therefore women’s movements continue to build power and resilience in preparation of responding to pushback.

As governments and fundamentalists around the world take steps to close civil society space and regress women’s human rights, the work of women’s movements is more important than ever. We know that strong women’s organisations and movements are well-placed to help change social norms and behaviours, because they have a deep understanding of local contexts and communities. We also know that women’s movements are more important for reducing violence against women than a nation’s wealth, progressive political parties, or number of women politicians (Htun and Weldon 2012).

This is why our Women’s Action for Voice and Empowerment (WAVE) program chooses to support 18 women’s rights organisations in five countries with the resources, skills and networks they need to amplify their collective voice. In doing so, WAVE creates a more enabling environment for women’s leadership in movement building, organising and collective action towards transformative, sustainable change for gender equality.

Read the next blog in the WAVE Movement Series.

Given the universal and pervasive nature of gender inequality, the women’s movement cannot advocate for just one change, but must advocate for systemic change. This can only be done when women, organisations and causes are both strong and connected. This blog is the first in the WAVE Movement Series which will share different ways to strengthen our movements for gender equality through research, resources, advocacy and much more. Stay up to date by following us on Facebook: @WAVEWomen.