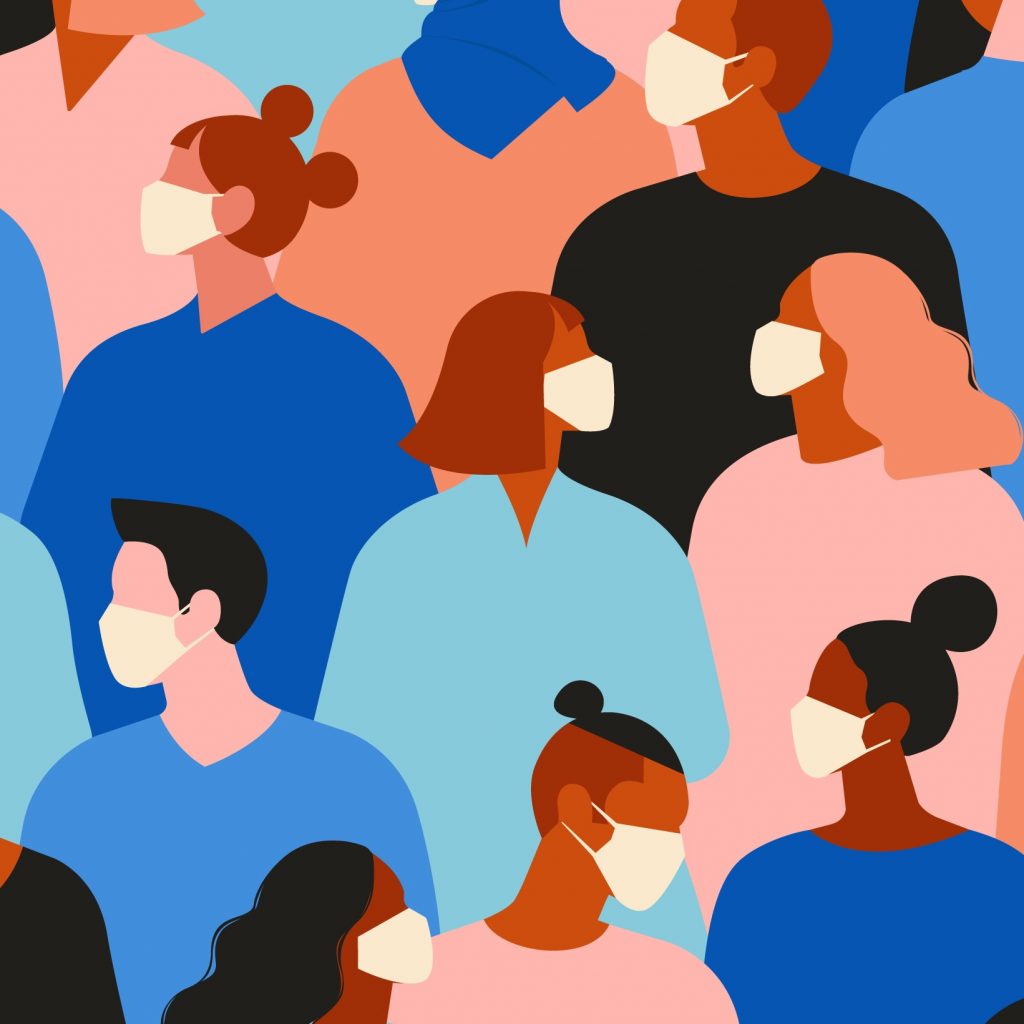 In a year of darkness, here’s where we found hope

At the beginning of 2020, anticipation was high for a landmark year for women’s rights.

There were major global gatherings and campaigns planned to mark the 25th anniversary of the Beijing Platform for Action – the most significant global agreement to date on women’s rights. It was a year when we would come together and push for progress, calling on global leaders to keep their promises and act urgently for gender equality.

Of course, a global pandemic was not on the agenda. But the COVID-19 crisis exposed the inequalities that women’s rights advocates have been ringing alarm bells about for decades. Never before in recent history had the inequalities faced by women and girls been more pronounced.

There was a staggering rise in gender-based violence as many women were locked down in unsafe homes. There were significant impacts of insecure work, as women were more likely to hold jobs in under-regulated industries with low wages and poor protections. And there was the increased burden of unpaid care – the often invisible labour disproportionately placed on the shoulders of women and girls.

So yes, this year didn’t turn out as planned. It was a dangerous year for women’s rights and we won’t know the full extent of the damage for many years to come.

But in the darkness, there was also hope. Sometimes it was only a fragile glimmer of hope, but as we close the year and look to the next, it’s important to hold on to this. Here are just a few examples of hope we clung to in 2020.

Not long into the pandemic, opportunistic players began their attempts to use the cover of COVID-19 to further repress women’s rights and freedoms. While the attention was focused elsewhere, some governments attempted to make political gains under the cover of ‘crisis management’ – using COVID-19 as a pretext to further enact repressive laws, curtail opposition activities and restrict fundamental rights.

We saw this trend in many countries, where journalists and other advocates were arrested and imprisoned for reporting on or expressing opinions about COVID-19 on social media. In the US, some state governments declared that abortions were non-essential surgeries and shouldn’t be performed during the pandemic.

In Cambodia, where our partners work, authorities used the COVID-19 crisis to introduce a deeply problematic State of Emergency law, which granted unrestricted powers to the government to restrict rights and freedoms. This came alongside a proposed Public Order Law which sought to govern behaviour in public spaces, including prohibiting women from wearing items that are “too short or too revealing”. The draft law also included a ban on loud talking, which advocates feared would be used to further stifle protests.

But we found hope in the resistance to these laws. Our partner Gender and Development for Cambodia (GADC) joined more than 30 other women’s rights organisations in Cambodia to petition the government to discard the draft law. Their open letter to the government was a sign of the incredibly strong feminist movement in Cambodia. “We wish to emphasise that the government cannot uphold its commitment to achieving gender equality on one hand, while demonising and criminalising women who they deem to be harming society by not conforming to arbitrary, conservative standards of dress and morality,” they wrote.

Resistance came from many corners of Cambodian society, including one teenage girl who set up a petition against the draft law that amassed more than 21,000 signatures.

While we are yet to see if the Cambodian Government will move forward to enact the law, thanks to Cambodian women’s rights advocates, the world is watching.

2. We were reminded that the pandemic could also be a portal

“Nothing could be worse than a return to normality. Historically, pandemics have forced humans to break with the past and imagine their world anew. This one is no different. It is a portal, a gateway between one world and the next.

We can choose to walk through it, dragging the carcasses of our prejudice and hatred, our avarice, our data banks and dead ideas, our dead rivers and smoky skies behind us. Or we can walk through lightly, with little luggage, ready to imagine another world. And ready to fight for it.”

When Arundhati Roy penned this essay in April 2020 as the crisis developed, it served as a rallying call. What future were we fighting for? For feminist activists, the message was clear – now is the time to double down on efforts to reimagine a feminist future for all.

It gave us hope to see issues like unpaid care discussed at the local, national and global levels. Worldwide, women are estimated to undertake more than 76% of the total amount of unpaid care work – more than three out of every four hours performed. This indicates that capitalism is underwritten by the unpaid care most often provided by women. Suddenly, there was more attention on the policy interventions required to recognise, reduce and redistribute unpaid care work. This is momentum that we can’t afford to lose.

To offer a space to lift our gaze and think collectively about what a post-COVID world might look like, we were proud to introduce a new workshop methodology for groups to have these vital discussions. Imagining Feminist Futures after COVID-19 is designed to provide feminist organisations and networks with tools to think through the ways in which the COVID-19 crisis is changing the future trajectories – both positive and negative – for feminist social change. This is just one way we can answer Arundhati Roy’s call to imagine a fairer and more just world.

3. Against all odds, women continued to rise

Despite the significant obstacles of 2020, women stood up for their communities in both formal and informal leadership roles.

For example in Myanmar, it was inspiring to see a record 1000 women stand for the recent national election. The staggering increase from the previous election was no accident—it was the result of sophisticated advocacy and sustained pressure from Myanmar’s feminist movement. There were similar trends across the globe, including in the United States where a record number of women were elected to the 117th Congress, including more than 50 women of colour. The Inter-Parliamentary Union and UN Women’s Women in Politics 2020 Map shows all-time highs for women’s political representation, including the global share of countries with women heads of state and parliamentarians. While women remain drastically underrepresented in positions of power, it is heartening to see these numbers rise.

In 2020, many women led their communities in informal capacities too. This was particularly the case for young women, who often don’t have the same opportunities to take up formal leadership positions. The video below was created by young women leaders across Asia and the Pacific proves what a powerful role they have played in their communities’ response to COVID-19. Doris Tulifau from Brown Girl Woke in Samoa took part in the video project, and said the crisis demonstrated the lasting power of community. While leading a local bartering project to support vulnerable families, Doris reflected:

“The pandemic made us realise we need each other, and that [between us] we have everything we need.”

We extend our gratitude to every frontline worker, carer, activist and change-maker who has helped keep hope alive against all odds. Onwards.