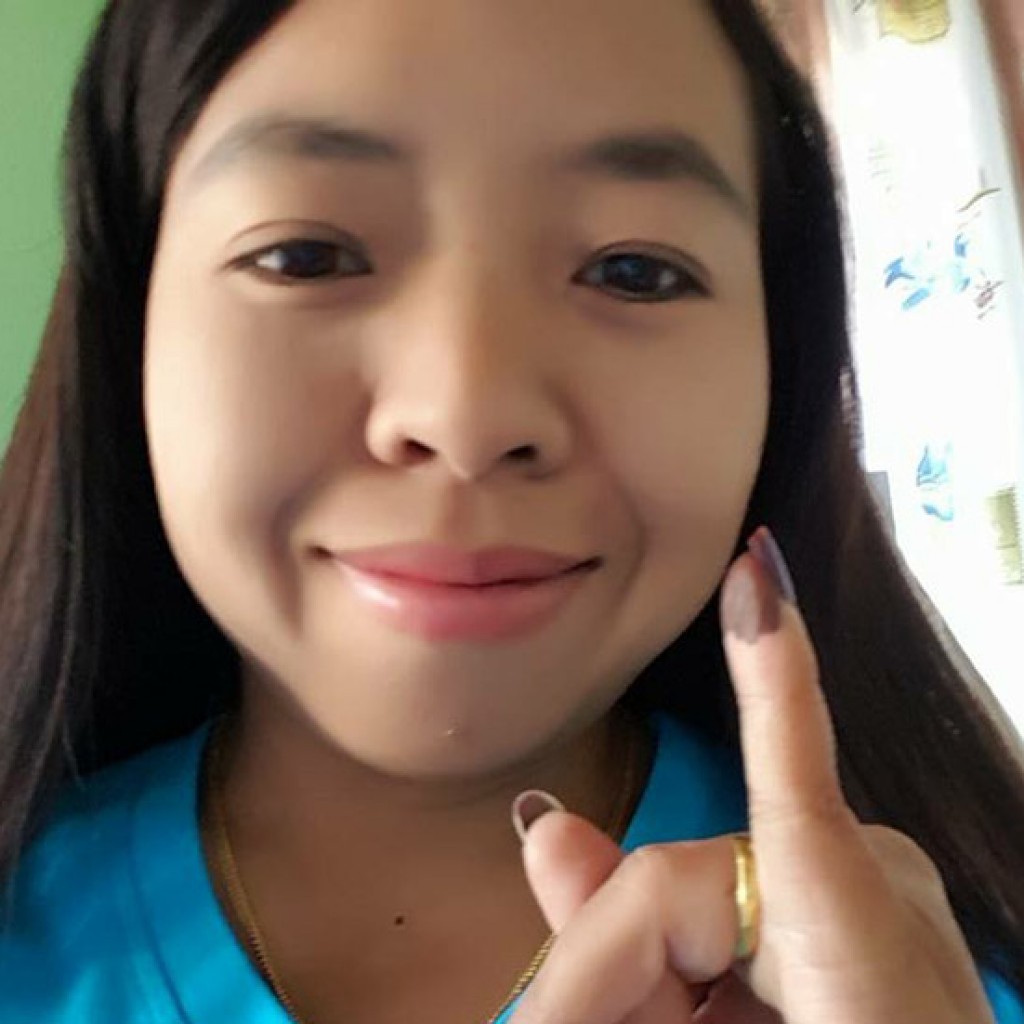 “I couldn’t sleep last night as I was too excited,” Lway Moe Kham, Joint General Secretary of IWDA partner Palaung Women’s Organisation (PWO) said on Sunday. “Now we are waiting for the formal result.” 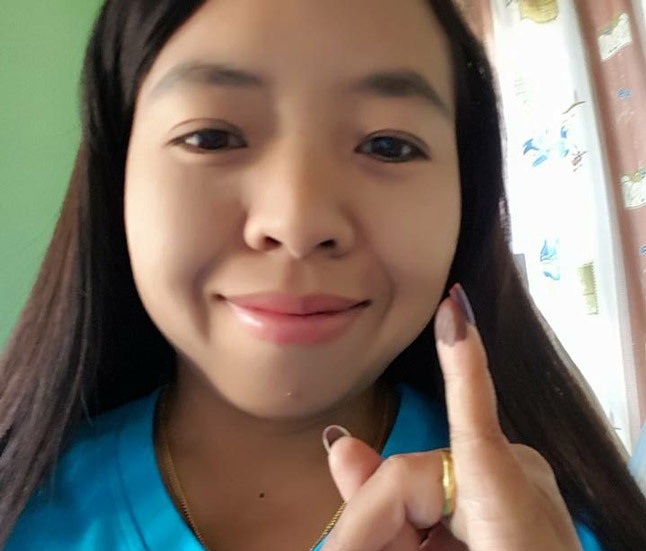 Lway Moe Kham shows off her inked finger, evidence of her vote.

PWO and other IWDA partners on the ground have been working to promote women’s participation in the election, providing voter education and supporting women candidates. Lway Moe Kham was not alone in her excitement; queues began forming at many polling stations hours before dawn. IWDA Program Manager Jen Clark was there, sharing the historic moment. “It was inspiring to see the excitement and determination on people’s faces as they lined up to vote,” she said. “Watching people my age vote for the first time in their lives was very special.”

Lway Hanner, Lway Poe Myiam and Lway Ku Ku, pictured below, have been working with PWO to provide women with voter education – a crucial activity, as prior to Sunday, no one had voted in an open national election since 1990. And of course, an entire generation of women had never voted at all. For these three young women, it was their first opportunity to cast a ballot, and they travelled for over two days to reach their home villages to vote. 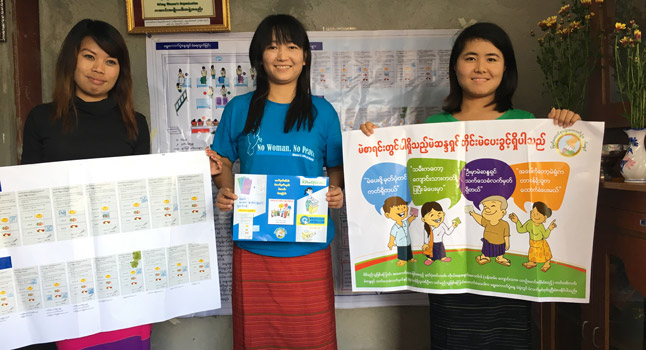 Another constitutional restriction bars NLD leader Aung San Suu Kyi from taking the presidency in a technicality almost certainly included specifically for her. Other reported issues with the election included the disenfranchisement of some ethnic groups including Rohingya Muslims, flawed voter lists and a process that favoured the ruling USDP. Yet overall, international observers called the election “credible,” “transparent,” and “better than expected.”

IWDA and our partners on the ground are cautiously optimistic that this is the beginning of a serious change for women’s rights in Myanmar – the culmination of decades of work promoting women’s leadership. Estimates suggest that women could make up 15% of the new parliament, tripling the current 5%.

“Some of the newly elected women MPs have a strong connection to women’s organisations – they understand women’s issues, they understand [the Convention on the Elimination of All Forms of Discrimination Against Women] and they know what needs to be done,” said Lway Moe Kham. “We trust them. But we are realistic…we know that achieving change will be hard for them.”

She continued, “It will be difficult for the NLD to bring about real change given the constitutional issues, but we hope to see a change in people’s feelings. We hope people are no longer fearful of the government and that civil society organisations can work freely with the government.”