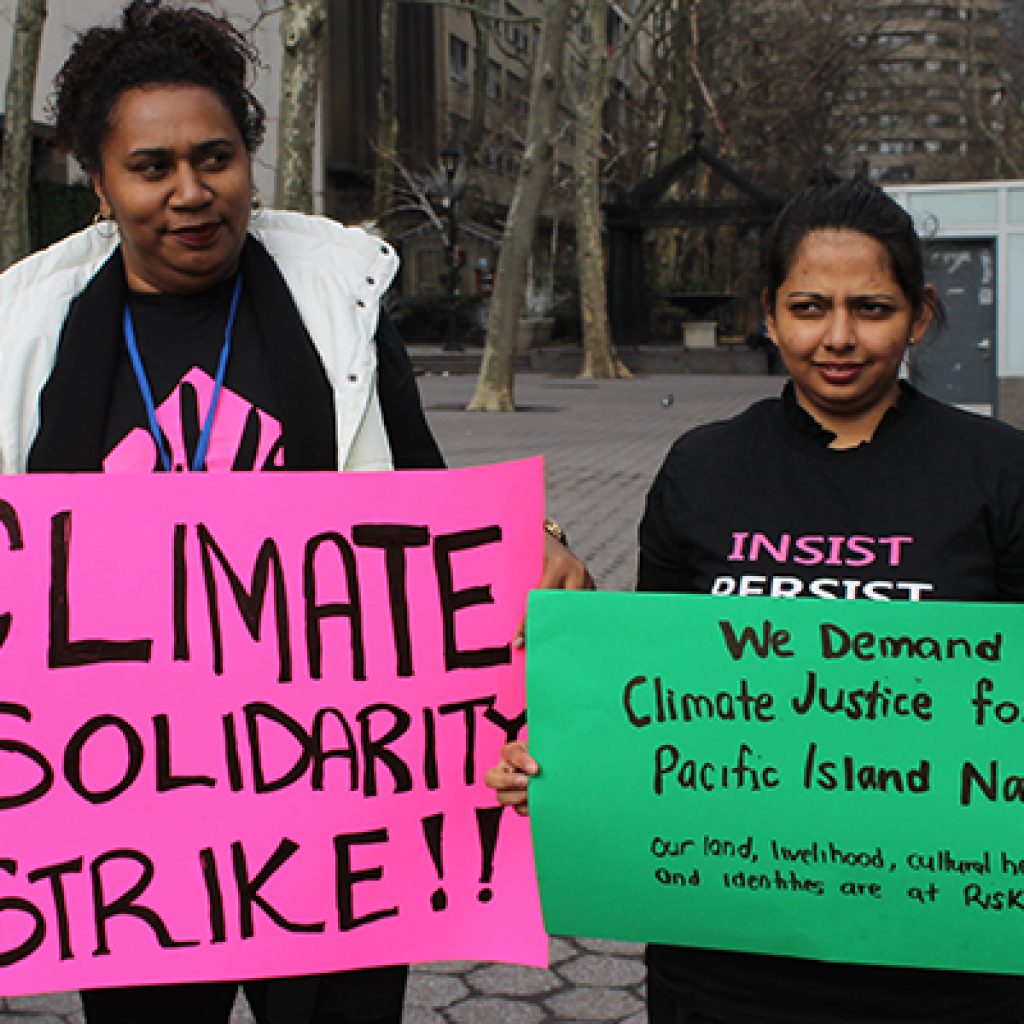 How Feminist Leadership Can Pave the Way to Climate Justice

IWDA sees the cost of climate inaction as a major feminist concern, and we cannot ignore its gendered impacts across the Asia-Pacific region.

As we approach the Global Climate Strike on Friday, 20 September 2019, IWDA makes the case for feminist leadership as a means of effective action against climate change.

Australia’s approach to climate change is putting perceived economic interests ahead of our planet’s survival and well-being. IWDA sees the cost of climate inaction as a major feminist concern, and we cannot ignore its gendered impacts across the Asia-Pacific region.

In recent months, IWDA has discussed climate action as part of a feminist foreign policy, submitted our recommendations on meeting the Paris Targets to the Climate Change Authority, and published our policy position paper on climate change. Throughout this work we’ve become increasingly aware of the significant contributions that women can make to climate change prevention, mitigation, and adaptation – and, what’s more, the critical need to explore connections between women in leadership, feminist leadership and climate action.

Women, especially women from marginalised groups, are under-represented in all formal decision-making bodies – including within climate change policy development. This exclusion means women’s specific insights, drawn from their particular roles in societies, are left out of policy development. Without women’s participation in formal policy development, these unique concerns and solutions are invisible.

“Even without positions of formal power, women around the world are driving the action on climate change”

Diverse women are deeply involved in the production of knowledge regarding climate change, and are using this knowledge to fortify their communities against the harmful effects of climate change on a grassroots basis. Even without positions of formal power, women around the world are driving the action on climate change.

Women’s unique insights and experiences are just some of the many reasons why it’s important to support feminist leadership: when women and their interests are better represented in government, so too are the interests of the environment. Listening to diverse women who live with the impacts of climate change on a daily basis should be the first step in developing climate-conscious policies.

Women are responsible for the vast majority of unpaid domestic and care work, such as sourcing clean water and nutritious food, taking children to school or medical care, and preparing meals for the family. This puts women into contact with the impacts of climate change; whether it’s an increase in the price of almonds at a supermarket in Australia due to a drought in California, or a woman in Papua New Guinea spending twice as long walking to get clean water in the morning, women often see climate change in ways that men might not.

To be clear, the burden of preventing climate change does not rest upon the shoulders of women. We are all responsible for action on climate change, the Government most of all. But women, in all their diversity, must be included in decision-making spaces.