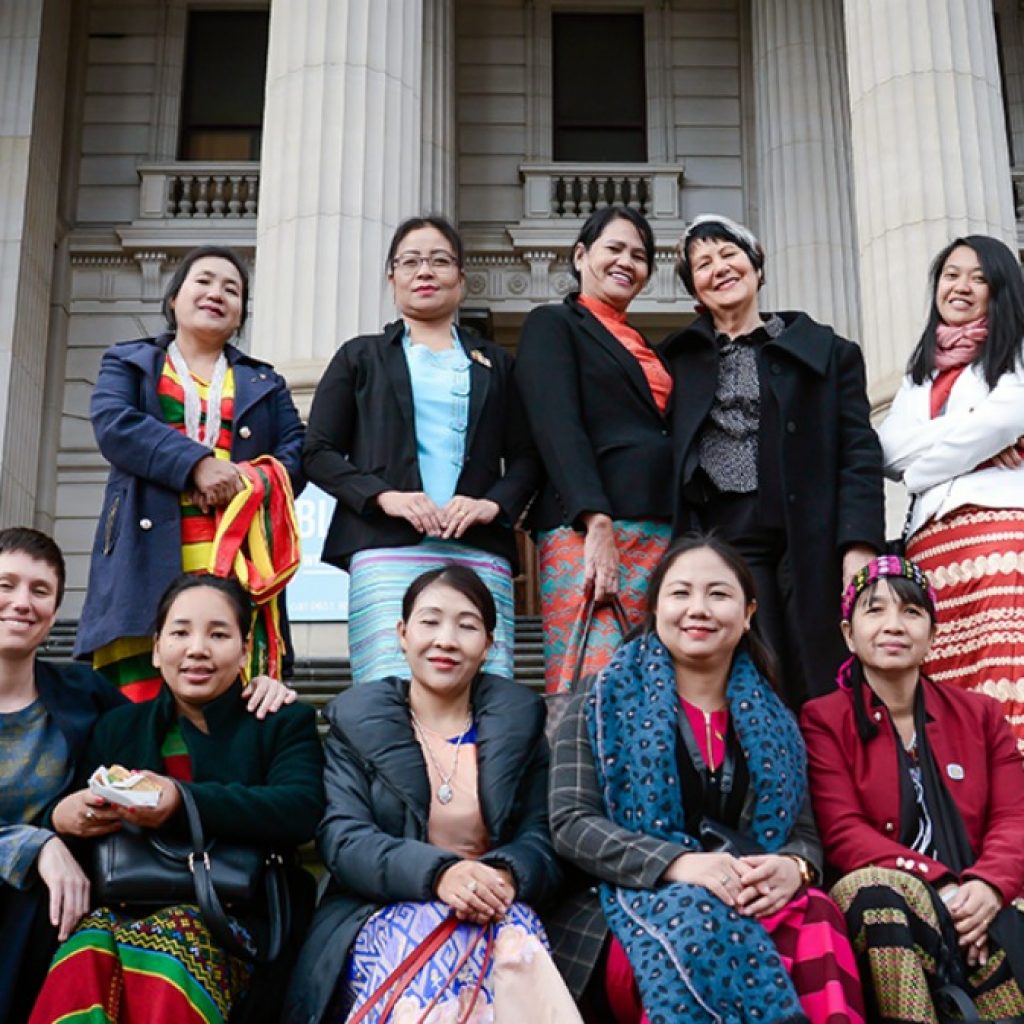 In 2017, we were lucky enough to have six newly-elected Myanmar MPs in Australia as part of an ongoing mentoring program we are running with IWDA partner Akhaya Women. The program has matched these six women with six seasoned Australian MPs to support them to succeed in what’s a typically male-dominated parliament.

A key strength of the program is its multi-ethnic and cross-party nature. The Myanmar MPs come from four different parties, with three representing ethnic parties. Similarly, their Australian mentors are six current and former Australian politicians from the Labor, Liberal and Greens parties. This approach supports mentors to develop greater expertise in working cross-culturally and across party lines to strengthen joint-advocacy and solidarity for women’s rights and representation in parliament.

Supported by the Government of the Netherlands and the Australian Government, the six Myanmar MPs joined their Australian mentors in Canberra to deepen connections, reflect on the last six months, learn more about Australian democracy, and discuss how they can apply what they learn to their own Parliamentary contexts.

We asked the Myanmar MPs to tell us about the experience. Here are their top takeaways.

This famous quote by the venerable late Joan Kirner of EMILY’s List was a major theme throughout the past week. In November 2015, the number of women in Myanmar Parliament doubled – but women still only make up 10.5% of all MPs, and life as a woman MP can be a particularly isolating one. The chance to have these amazing women together talking about the power of solidarity was a powerful part of the program, and the Myanmar MPs now take Kirner’s words as somewhat of a motto. This quote was echoed by Dr Sharman Stone, the Ambassador Women and Girls, when she met with the women in the IWDA office.

The formal recognition of women politicians

Perhaps the biggest takeaway for the women from Myanmar was the passion and power of Australian women MPs. They each found inspiration from meeting resilient women leaders in a range of senior positions. They were impressed to see women speaking out strongly in Parliament, and the frank and vigorous discussion among all members. Myanmar’s Parliament has very little room for debate. The MPs saw the photo exhibition at Federal Parliament House honouring all current and former women Members of Parliament, including their mentors. They saw this as a powerful tool of unity for women in politics. The Myanmar MPs made a joint agreement to advocate for a photo exhibition of women MPs in the Myanmar parliament to acknowledge women’s contributions and promote positive role models.

Temporary special measures like quotas can play a key role in boosting gender parity in parties and parliament. Victorian MPs noted that almost half of their Cabinet are women thanks significantly to measures like these. Khin Saw Wai, a federal MP in Myanmar’s lower house, noted when she raised the suggestion of a 30% quota for women in the parliament three years ago, men in her party laughed at her. They said, “if women take up more seats in the parliament, who will cook for us?” Tanya Kovac, co-convenor of EMILY’s List, noted that when the Australian Labor Party first debated the idea of targets for pre-selection of women in winnable seats, men and some women also laughed – but they’re now at 50%. The Myanmar MPs are now interested in advocating for targets in their parties for women and ethnic groups preselected in winnable seats.

These women are forging careers in politics without what most people would consider the basics for a Member of Parliament. Like their male colleagues, they don’t have their own offices. They don’t have staff. They are not provided with laptops. They don’t have administrative support. It’s a far cry from the resources available to their Australian mentors. One of the Myanmar MPs entered Parliament with a young baby, and with no childcare available, she, her baby and her husband all moved into her small Parliament dorm. Seeing the childcare centre in Australia’s Parliament was a turning point for these women, and something they will now push for at home. As mentor Senator Claire Moore noted, “it took us 20 years to fight for a childcare centre…It will not take that long in Myanmar”.

Australia’s structure as a federation means each state and territory has a say in how the nation is run. The women of Myanmar are very passionate about this model – with over 100 ethnic groups with distinct governance, stronger power for the States is something many women’s rights organisations, including IWDA partner Women’s League of Burma, have long advocated for. The women MPs from ethnic areas, in particular, are now interested in how power dynamics in Myanmar can be altered to give greater autonomy to the State governments of ethnic groups to better represent the wishes of all their people. 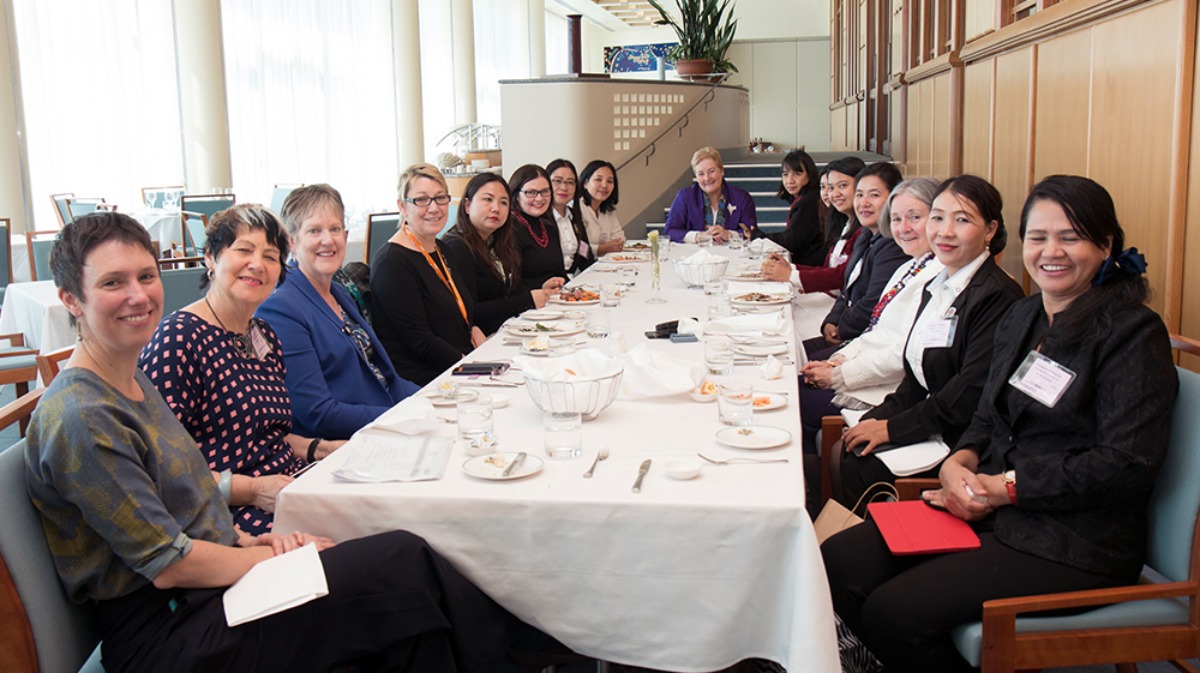 According to Cheery Zahau, Program Advisor from Akhaya Women, the week involved “a lot of learning, talking, interpreting, deep listening, laughing and inspiration”. Despite cultural and language barriers, the mentor pairings spent time together deepening their bonds and planning how to further utilise their partnerships to support the burgeoning careers of Myanmar’s future leaders. Next year the program will recruit six new Australian mentors and six new Myanmar MPs, building a sense of solidarity and strength among Myanmar’s women MPs and furthering their impact and capacity to create change. 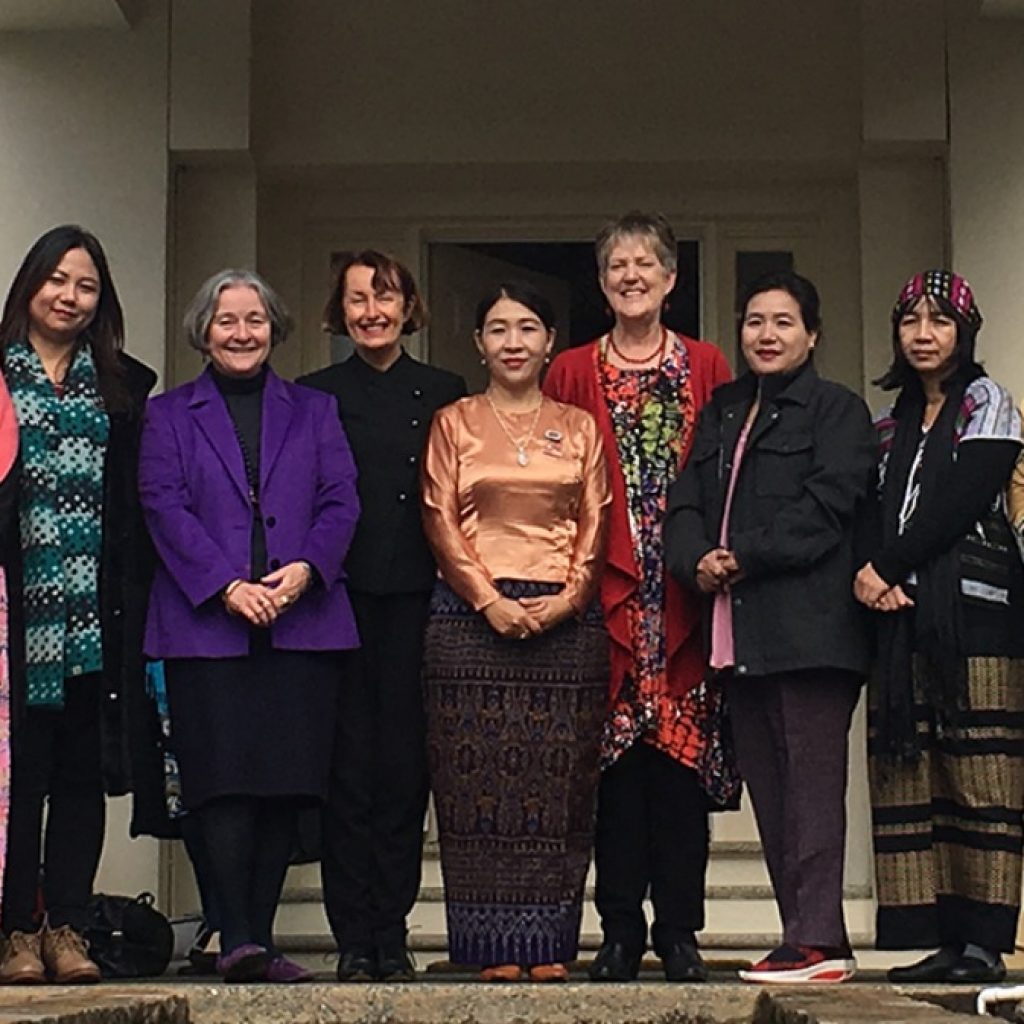 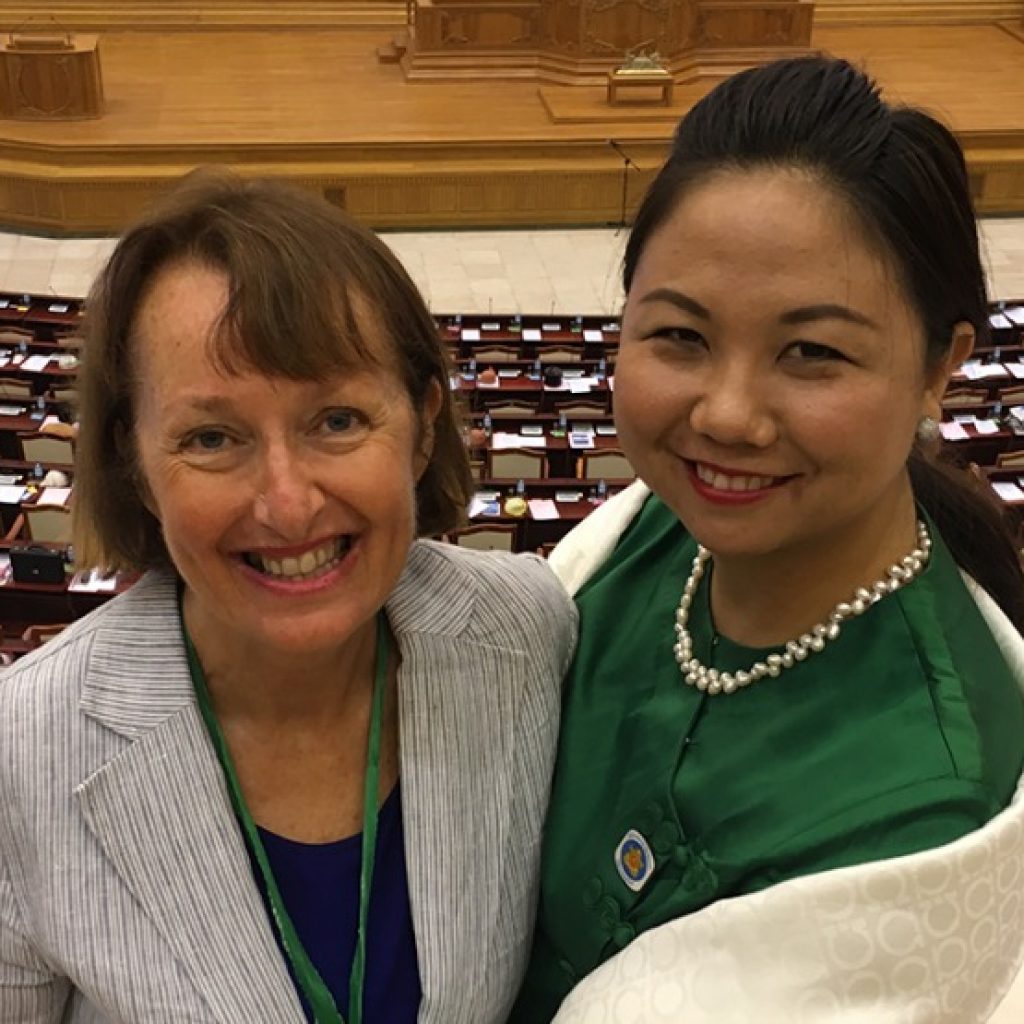