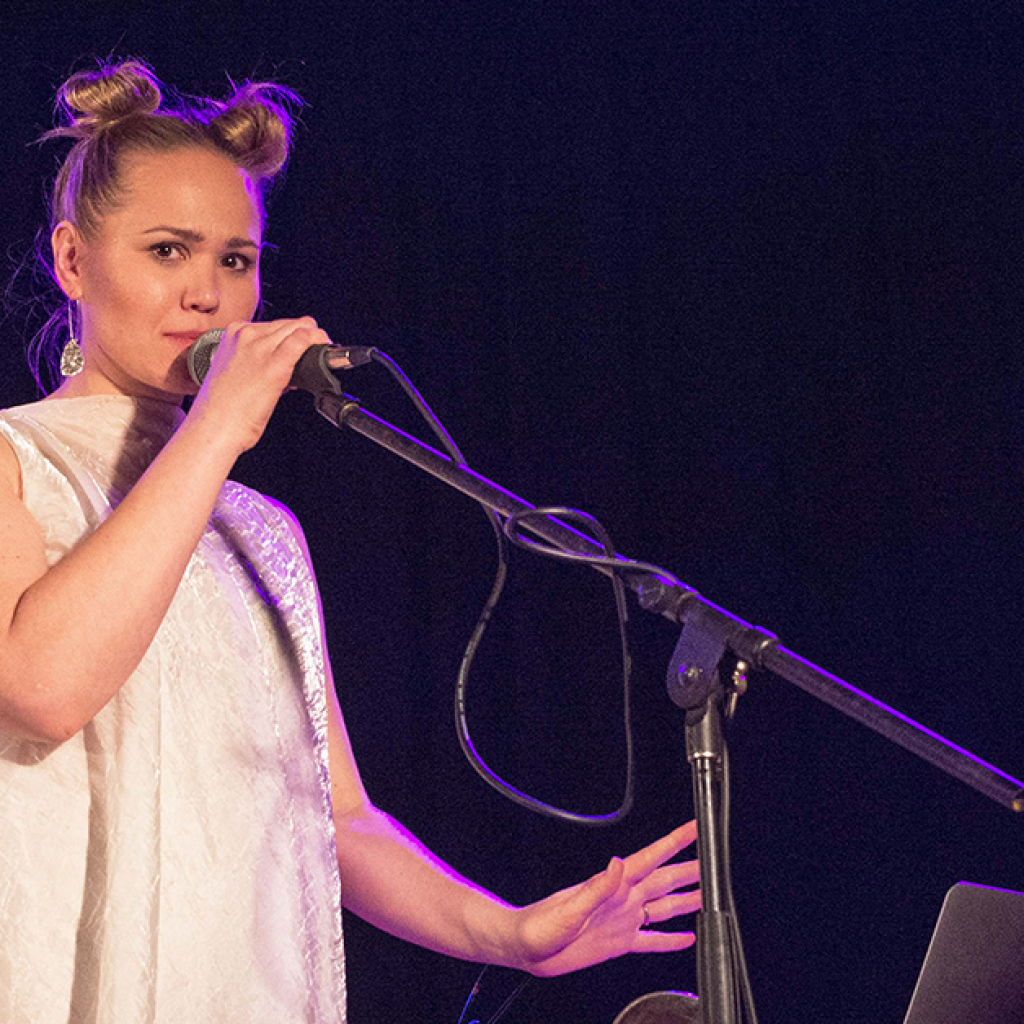 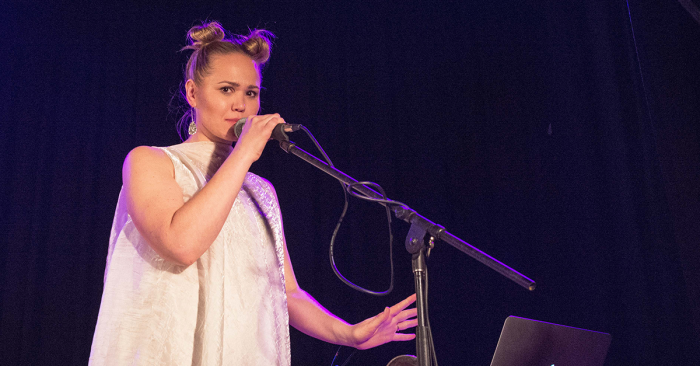 Just as not all superheroes wear capes, not all sHEROes work as frontline women’s rights activists. Anya Trybala, who goes by Ninoosh when she’s playing her brand of ‘woozy, mood-driven electronica’, is a musical artist and founder of Synth Babe Records. Anya founded the collective to give women, non-binary and trans musicians a platform in the male-dominated electronic music scene.

If that wasn’t enough to rave about, Synth Babe Records are also giving back to women directly, donating proceeds of the sales of their latest collaboration with Node Techno Collective to IWDA.

Babes of…Melbourne is the first compilation with Node Techno Collective that will showcase an impressive group of emerging female electronic producers and front-women. Anya, a Melbournian who now lives in Sweden, plans to take the compilation series global, with Malmö, Sao Paulo, Berlin and Rejkyavik all on her list for next year.

We sat down with the amazing Anya to talk about how gender inequality cuts through her sector, and why she chooses to support IWDA.

So many areas of life are male dominated. How is it being a woman in the music industry?

You do feel that discomfort sometimes and overwhelmed by what feels like a mountain to climb – but then over the last year, the amount of strong, talented gals I’ve had send me music, reach out and just be awesome is really astounding.

I’m from Melbourne but based in Sweden but just connecting with people all over the world. It’s helped me with my own music and craft and just motivated me to keep up the fight. But I’ve also had men in the industry reach out and stand in solidarity, offering to help in any way, so it’s all quite powerful.

The Babes of…Melbourne compilation was actually pitched to me by Andre Jones who runs Node Techno Collective and MESS – a synth library and space in Melbourne – is also keen to work together. I think that is really important – things need to shift from the top essentially otherwise it just won’t change. 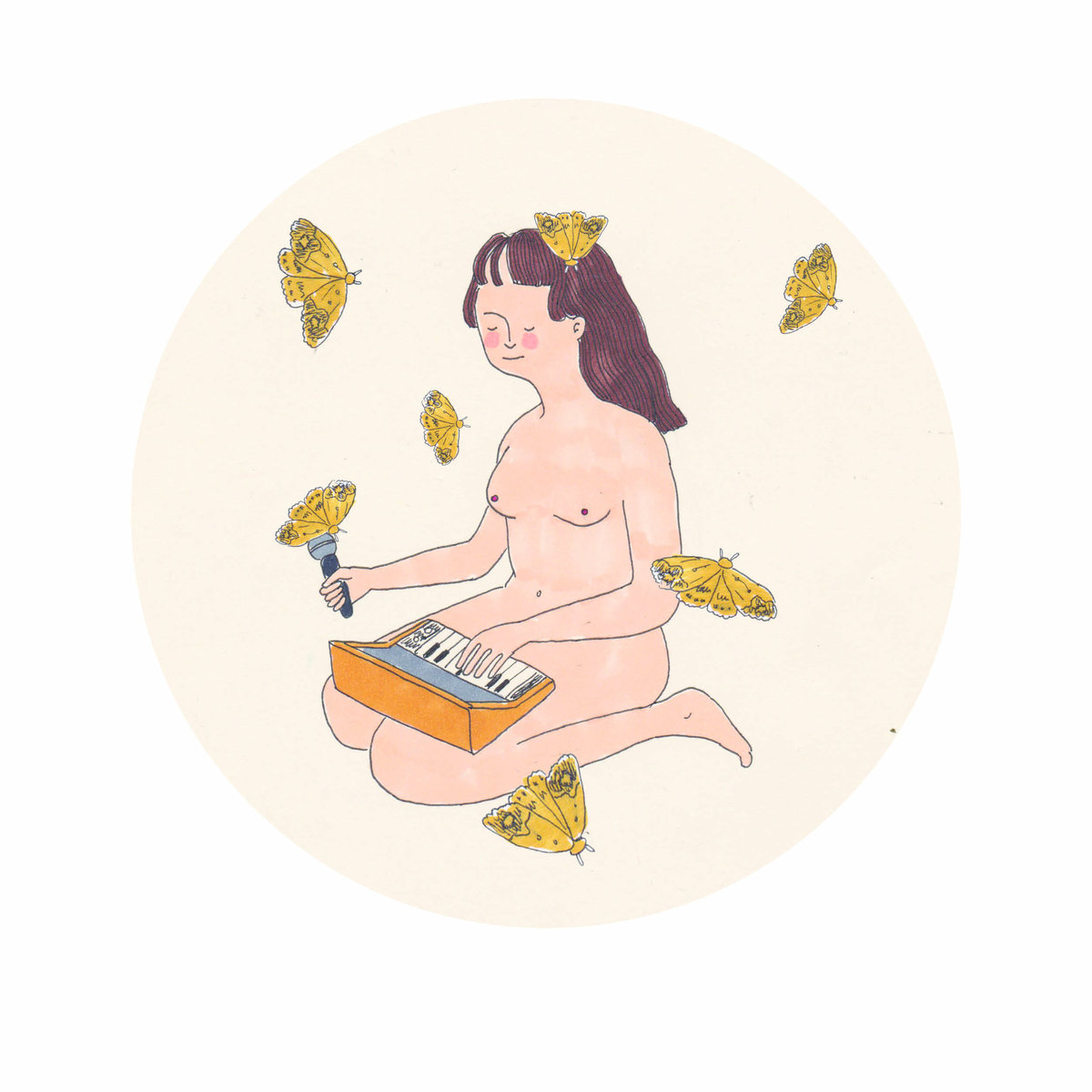 How is Synth Babe Records working to raise the profile of women in music?

Well, I hope to create global compilations and city based compilations, live events, random projects and also an online platform eventually that both gives women and LGBT+ making electronic music the chance to connect, share and promote their music. We are pretty experimental and don’t operate like a traditional label. But maybe that’s a good thing!

How did you find out about IWDA? Why did you choose to support us?

I’ve personally been a supporter for a few years. I think I signed a petition, got a phone call and was convinced to join. You guys do amazing work for women in developing countries, I thought it would be a good fit!

What message would you give to women who want to break into an industry or field that is typically dominated by men?

Try and find role models who are women. It took me so long to get into music production, but I’m thankful I did. I’ve been a musician since I can remember (a trumpet geek, vinyl lover, then singer, synth/computer nerd and now combining everything) but was always surrounded by boys and then men, so it was a bit intimidating. And don’t be afraid of technology, embrace it and use it!