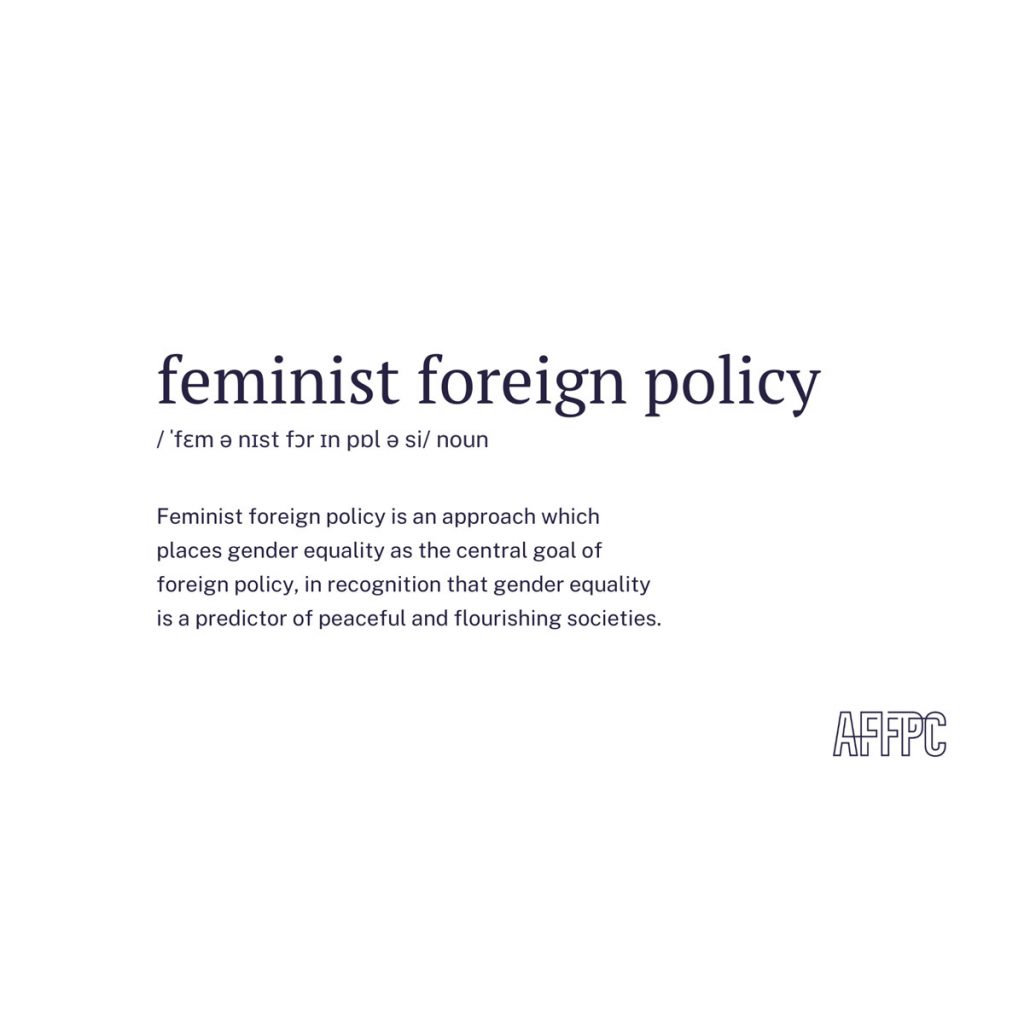 What is feminist foreign policy and why is it the right move for Australia? 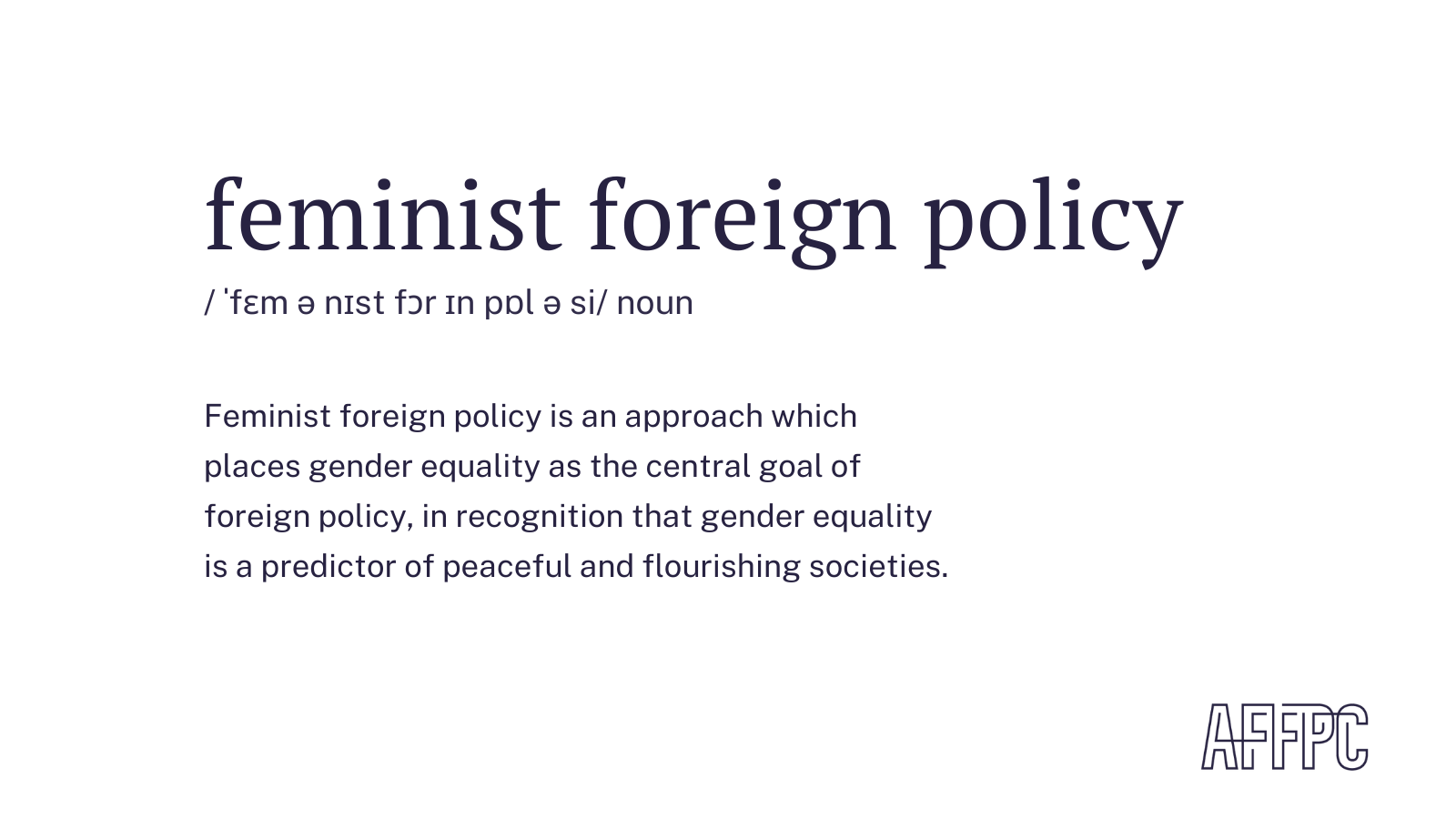 Have you ever wondered how we make decisions about where international assistance goes? How the call gets made about whether Australia will intervene in international conflicts? Or why we engage in trade with one country over another?

It all comes down to what governments call a foreign policy.

A foreign policy refers to the strategy that influences a country’s approach to international issues like trade, diplomacy, development assistance and defence.

While that all might sound complex, it basically boils down to what governments believe should be prioritised in their interactions with other countries – and this can be based on a number of different premises and ideologies. Traditionally, a lot of foreign policies have been concerned first and foremost with the concept of national security, and put economic and military power front and centre in considerations of how to engage with the world.

The problem with that? Well, it means that things like military strength, economic profit, competition between and dominance of other countries are put ahead of concerns that might result in better overall outcomes for people and the environment.

Lately, however, we have seen a shift in how certain countries view their national interests and, as a result, what should be prioritised in their foreign policies – giving rise to what is being called feminist foreign policy. But what is it exactly? And why could it spell better outcomes for all of us?

Rather than prioritising the nation state and its protection above all else, a feminist foreign policy recognises the need to balance this with a focus on human security, because when people’s basic needs are met, societies become more stable.

At the core of this is an understanding of human security itself as a gendered concept. This means that people experience insecurity differently depending on what roles they play, or are expected to play, in society. And these differences tend to really come to light in times of instability. We can see this in the context of war, where men are more likely to engage directly in combat leading to higher rates of battle-related deaths, compared to women who make up a much higher proportion of refugee and displaced populations and face indirect health impacts like dying from childbirth because of a lack of medical access. The COVID-19 pandemic is another crisis which has worsened inequality, including a significant increase in the number of women experiencing gender-based violence.

A feminist foreign policy takes these differences into consideration, pushing for action on the international stage that has the power to transform systems that create inequality and marginalisation in all its forms.

While to some the concept of a feminist foreign policy might seem overly idealistic, a number of countries have already successfully adopted the concept.

The first to do so was Sweden who, back in 2014, declared the world’s first explicitly feminist foreign policy. Since then, interest in the concept has grown, with 11 other countries joining Sweden including France, Canada, Luxembourg, Mexico, Spain, Libya, Chile, Germany, the Netherlands, Liberia and Colombia.

Common in all of these countries’ feminist foreign policy commitments are:

A way forward for Australia?

Adopting a feminist foreign policy in Australia would change how we see our national interests, embracing a more holistic understanding of what our foreign policy goals should be to benefit both Australia and others.

An Australian feminist foreign policy would place gender equality as the goal of foreign policy, and commit to intersectional gender and human rights analysis across all aspects of foreign policy and international development cooperation. It would be appropriately resourced, backed by targets and accountability measures, and be inclusive of feminist leadership from Australia and the Asia Pacific region. 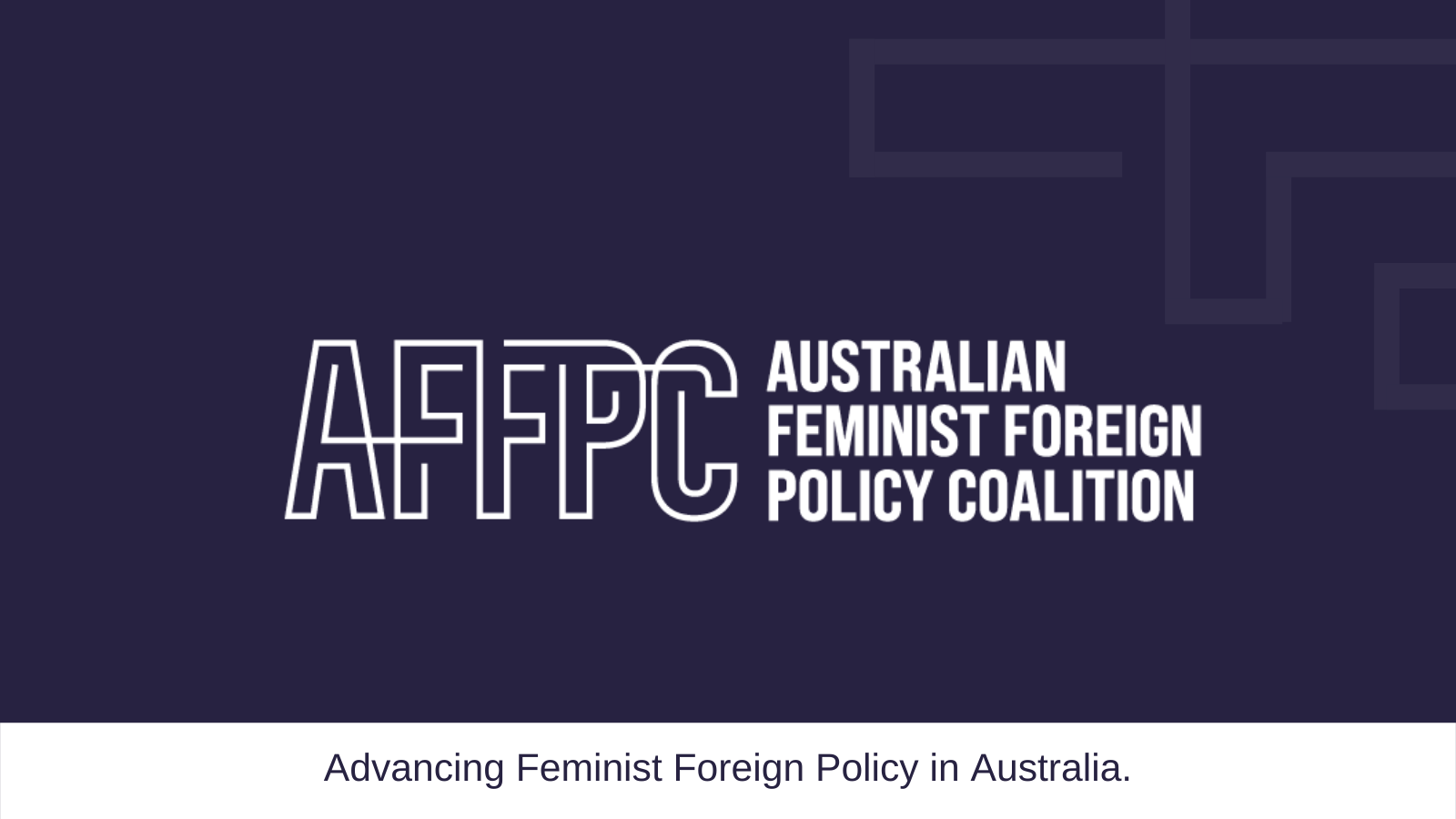 It includes supporters of feminist foreign policy working across foreign policy, women’s rights, international development, defence, security and other related sectors. The Coalition is made up of a core group driving the agenda in Australia, as well as a broader membership of allied organisations and individuals.