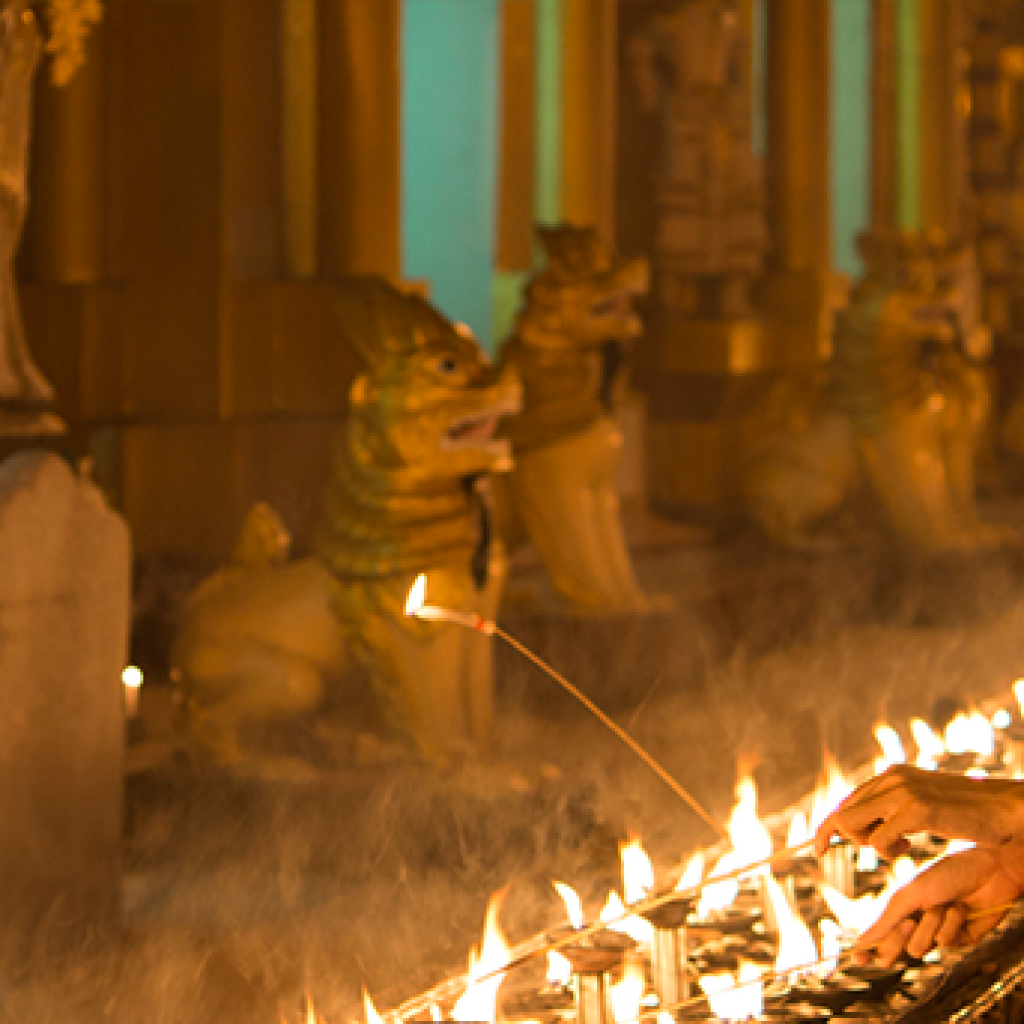 Our Myanmar Program Coordinator Bethia Burgess recently travelled to Myanmar for the first time to meet with our partners. Here’s her take on the experience. 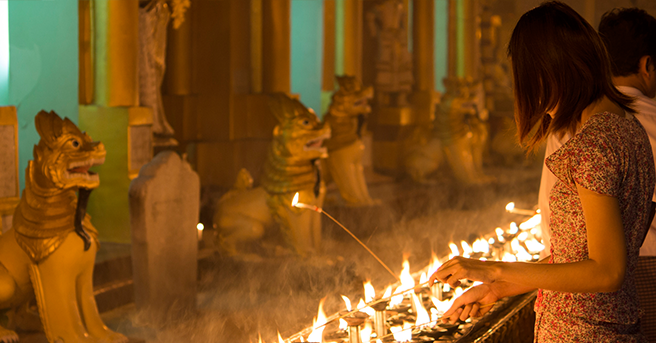 Our Myanmar Program Coordinator Bethia Burgess recently travelled to Myanmar for the first time to meet with our partners. Here’s her take on the experience.

Three things stood out to me in my first moments in Yangon. The first was the heat – although November is meant to be the ‘cool’ season, the warmth presses down on you like a heavy blanket – though the change from Melbourne’s chilly excuse for spring was welcome.

The second thing to hit me was the traffic – reminiscent of a congested capital like Jakarta or Bangkok, the streets swarm with overcrowded buses, weaving motorbikes and the caterpillar-like lines of taxis and private cars, the prices of which have plummeted since the sector was liberalised in 2011.

The third – which made sitting in a traffic jam bearable – was the glittering spires of gold dotting the landscape that give Myanmar its name as the “Golden Land”. The most famous of Yangon’s pagodas, Shwedagon, dominates the skyline, and acts as a guiding landmark visible from almost every corner of the city.

Yangon’s vibrancy provided the perfect setting for the purpose of our trip; the rich, flavorsome food whet our appetite for big, honest conversations, the ornate and dazzling pagodas (though unfortunately not visible from within the four walls of our meeting room) emboldened us to rise to the challenges that presented themselves.

Myanmar is still a country in transition. After the 2015 election of its first quasi-civilian government after 50 years of military rule, conditions have slowly started to improve. But women’s rights violations in Myanmar are still widespread. Sexual violence, trafficking, domestic violence and discrimination remain common experiences for women and girls.

Despite Myanmar’s history of stifling civil society, women’s rights movements are remarkably vibrant and active. Our partner organisation Women’s League of Burma (WLB) has long been active in assessing and advocating for improvements in the lives of women in Myanmar, through increased implementation of the Convention on the Elimination of Violence Against Women (CEDAW), a treaty that the Government of Myanmar ratified in 1997.

Having never visited Myanmar, I was excited by the decision to collaborate with WLB in organising the CEDAW Advocacy Workshop earlier in November, which was made possible through support and funding from the Foundation for a Just Society (FJS). Our vision for the workshop was to capitalise on the momentum that CEDAW has generated over the past six months and to catalyse the joint advocacy strategies of the four Myanmar women’s rights networks who were present – Women’s League of Burma (WLB), CEDAW Action Myanmar (CAM), Women Organisations Network (WON), and Gender Equality Network (GEN).

I had read the fantastic Shadow Report “Long Way To Go”, just one of the 10 non-government or civil society organisation-written submissions that the CEDAW Committee had used to inform their recommendations to the Myanmar Government. And I had received news from our partners in Geneva reporting back on the positivity of their experiences sharing their statements on key issues such as military violence, trafficking and legal reform.

The forty-six women (and one man!) who participated came largely from one of the four women’s rights networks in Myanmar that submitted a CEDAW Shadow Report – WLB, CAM, WON, and GEN.

Smaller contingents were also present from around the globe, including Phyu Phyu Sann and Michelle Onello from the Global Justice Center (New York), who came to share their analysis of the Concluding Observations. Invited guests from the some of our other partners in the region included Michelle Reddy of Fiji Women’s Rights Movement, Chann Sitha Mark of United Sisterhood Alliance in Cambodia, and Sopheap Ros of Gender and Development Cambodia, whose shared experiences from women’s rights organisations in democratisation and post-conflict contexts in the region were an invaluable input to the workshop.

Shanti Uprety from the International Womens Rights Action Watch Asia Pacific (IWRAW-AP) in Kuala Lumpur provided valuable insights from her work in countries including Nepal, Indonesia and Laos. Both GJC and IWRAW-AP have provided ongoing support to the networks throughout the CEDAW reporting process.

Some of the common themes that emerged across the networks when discussing the challenges of advocacy work included the lack of political will of many government officials, and also the lack of resources and budget for gender-responsive laws, policies and activities to be implemented.

Many women identified a lack of acknowledgement of the experience and expertise that women civil society organisations have to offer, resulting in weak implementation. The women also cited the experience of the National Strategic Plan for the Advancement of Women (NSPAW), implementation of which has been weak/non-existent, adding an additional layer of concern of a similar low standard of implementation for CEDAW. There was agreement that there is a need for the top-level people in government to learn and take an interest in women’s issues if any change is to occur.

By the end of the three days, the commitment to working together was tangible. I spoke to Julia Marip, the Joint Secretary (1) of WLB, a week later, and was assured that this feeling of solidarity and commitment was not just something I had imagined.

When I asked Julia to reflect on the workshop, her response traced the history of network collaboration which she had noticed over the past few years. “But it was exciting to be able to work together to plan for joint advocacy in the future – something we have not done before,” she added, noting the new opportunities for collaboration that the workshop had revealed.

“We learnt a lot from our regional friends,” she told me, “that we are stronger when we work together.” The shared experiences from Cambodia and Fiji struck a chord with the Myanmar women over the three days, and seemed to invigorate their desire for collaboration through the voicing of challenges and issues that transcended national boundaries.

The networks agreed on four priority areas for collaboration, which will see them coming together for regular meetings, planning sessions and advocacy opportunities over the following months.

These areas for shared work will focus on addressing violence against women and girls, challenging gender stereotypes – including in the Constitution, advocating on the National Strategic Plan for the Advancement for Women, removing obstacles to birth registration and citizenship for ethnic women, and advocating for the establishment of an independent investigatory body on violence against ethnic women and girls, including sexual and gender-based violence.

This will be a long and challenging process, as the women face barriers from lack of political will, lack of gender budgeting, and the experience of slow (or no) implementation of the government’s current gender policies. In spite of this, you would back this group of women to push forward and continue to strive for the change that they believe in.

“We are building a movement,” Julia told me. “We understand that this takes time and we are committed to building trust and relationships to make it happen.”