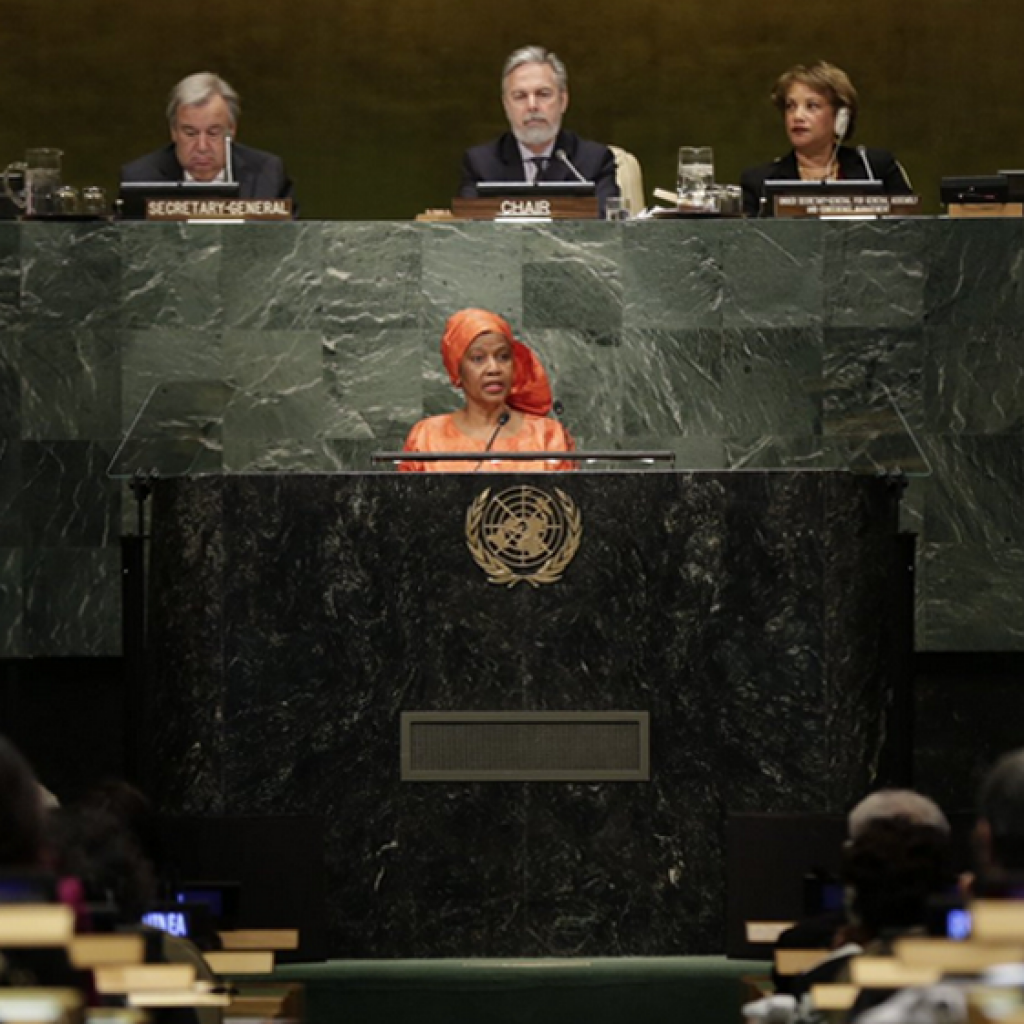 This week we’re at the Commission on the Status of Women. Here’s why it matters.

This week, 5,000 people are coming from every corner of the globe, braving the blizzards in New York to discuss and make big decisions about women’s rights. For the next two weeks, representatives of United Nations Member States, civil society organisations and United Nations entities will be taking part in the 61st session of the Commission on the Status of Women (CSW) at United Nations Headquarters.

CSW is the largest gathering of the 193 UN Member States and other stakeholders that’s focused on the promotion of gender equality and the empowerment of women. This annual forum can have huge real-world applications to the lives of millions of women around the world. It’s a place where those with power come together to make decisions that affect real women’s lives.

A bit of historical context

In its 61 years, CSW has contributed to huge progress for women. CSW is where conventions and guidelines that are still used today to protect the political, social and economic rights of women were passed, like the United Nations Convention on the Elimination of all forms of Discrimination of Women (otherwise known as CEDAW). Before CSW, ‘men’ was still used as a synonym for all of humanity. It was also the place where, in 1975, the 8th of March was formally recognised as International Women’s Day. Over the years, CSW has also been critical in recognising rape as a weapon of war, a view that was then formalised at the International Criminal Court.

What actually happens at the Commission on the Status of Women?

The first week is a time for UN Member States, Civil Society Organisations (this just means organisations like us and other not-for-profits) and other stakeholders to deliver large plenary presentations on the year that was in gender equality, discuss innovations in this space and share recommendations for the coming year. Week one of CSW is jam-packed full of debate, strategising and planning. Governments of the world come together in high level meetings to discuss the myriad of issues affecting women. Everything is up for discussion, but this year’s focus is on women’s economic empowerment. Ministers and Heads of State will gather and discuss how they will further the full and equal participation of women in their economies.

Leaders will share ideas and strategies about how to improve women’s economic participation through clearer policy and formal governmental commitments to gender equality. Civil Society Organisations will attend meetings, lobby Governments, liaise with decision makers and ensure the voices of diverse women are represented.

After the first week of meetings, discussions and debate among delegates, the week two of CSW is all about negotiating the “agreed conclusions”, which sets out Governments’ commitments to advance women’s rights post-CSW. It sounds simple enough, but the policy agenda that comes out of CSW requires feedback from many different people – and just about every word is hotly contested.

The “agreed conclusions” is a huge document, but an important one to get right – it’s designed to inform policy on women’s human rights across the world. If a government signs up, they’re obligated to deliver on it, which is why so much time is spent in discussions, negotiations and debate to reach an outcome that can be agreed on.

Women’s rights organisations and networks, both at home and abroad, have a key role to play in ensuring that the priorities of women on the ground are taken into account. But despite the importance of reflecting real women’s circumstances in the decisions that come out of CSW, women’s rights organisations and other Civil Society Organisations aren’t allowed to be involved in the formal negotiations of the “agreed conclusions”. This is reserved for governments. That’s why we need to show up and be as vocal as we can about the key issues that affect women’s lives and where women’s rights remain at risk.

We’ve seen true progress come out of CSW. But it’s always been a fight to get things passed, and over the past five to six years, we’ve seen a group of states coming together to push back against the gains we’ve made in gender equality and women’s human rights. Sexual health and reproductive rights are being impinged, comprehensive sex education to halt HIV isn’t always happening, and interested parties with fundamentalist ideas about women’s role in society are advocating for abstinence. Action to address these issues has already been agreed upon in the past, but these issues are still being contested and pushed back on.

If women’s rights advocates are not there to speak up, CSW gives states, lobbyists and those who wish to maintain the status quo of gender inequality a chance to push us backwards. We need to be there to hold the line and keep the discussion moving forward.

What does a day at a big global conference look like?

It starts early. It ends late. We don’t stop.

Days start at 7am with teams touching base and sharing information about what’s happening in the negotiating rooms. We check in to see how everyone is travelling, what we need to achieve for the day, and figure out conversations to pursue with decision makers.

Over the course of day we meet with Government delegations; catch up with fellow activists and make plans for the future; work with our colleagues to find ways to contribute to debate around the “agreed conclusions”; and meet with funders to share results and attempt to secure more funding for the women’s rights movement.

Our colleagues have told us that CSW can be personally challenging. They say it’s confronting to see the denial of women’s humanity and rights, particularly by legitimised groups like UN Nation States. As an organisation that works in research, policy, advocacy and programs, we know the impacts these decisions can have on the lives of women. We can see ahead. At the moment, we’re seeing the disturbing rise of rhetoric around women’s primary role being motherhood and caregivers. This is something that needs to change. We’re seeing countries decriminalising violence. We’re seeing women’s rights at risk.

What does it mean for the people involved?

We go to CSW because we want to change the laws and policies around the world to achieve gender equality, and CSW is the preeminent global policy space in which to do this. We go to get in front of Governments and funders of the world to ensure their political and financial commitment to women’s rights. We also go to build the global alliances between women’s activists, organisations, and feminists. We go because it isn’t just a lofty political event – it effects real women’s lives. We go to create change.