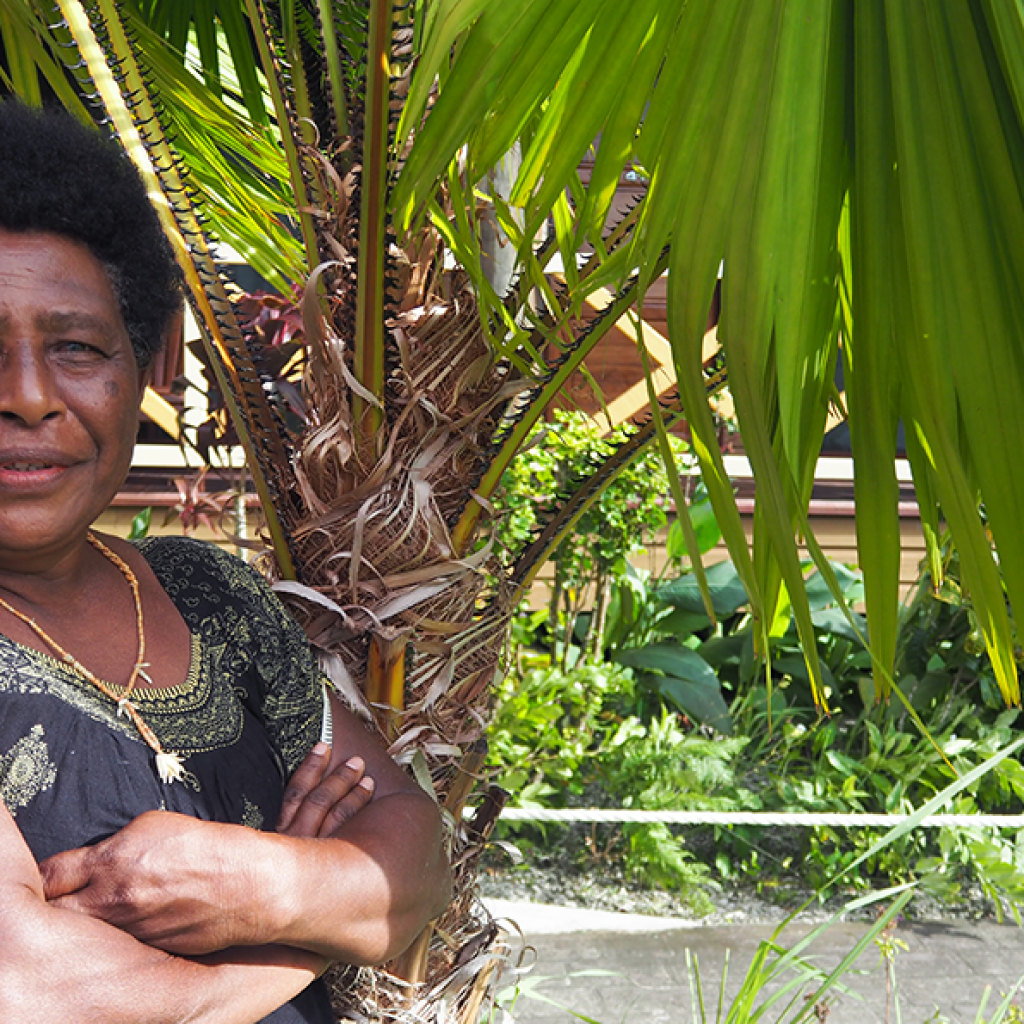 Communities in East Pomio, Papua New Guinea have historically drawn their strength from making important decisions together. As a matrilineal clan-based society, traditionally women’s voices have been central in crucial discussions in their communities. Across East Pomio, women are custodians of the land, with land passed down from generation to generation via women. 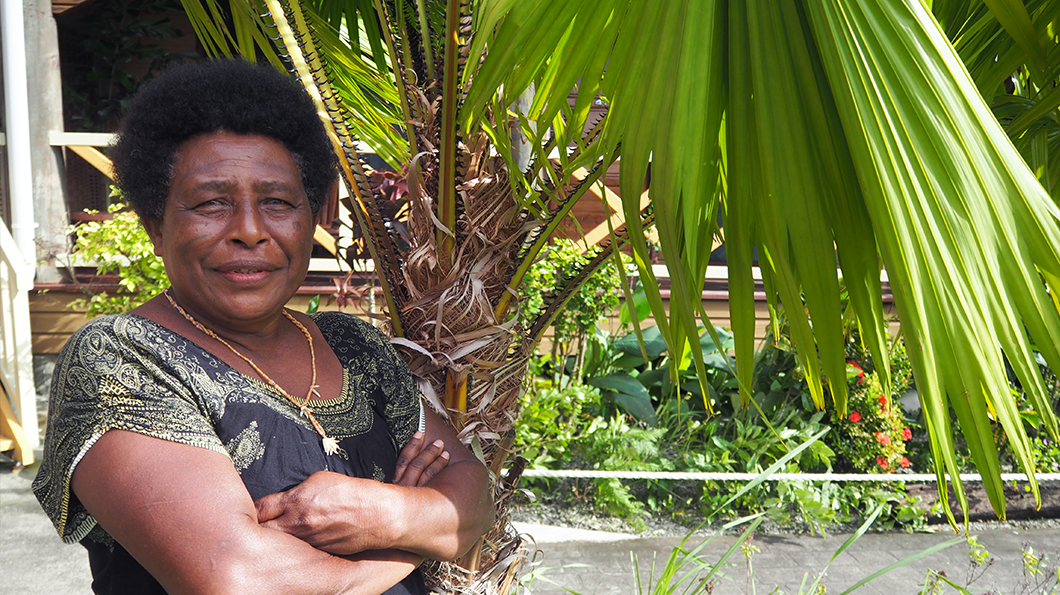 “The land that we live on is the basis for the different activities that we do in society, and the basis of building relationships with each other. If we lose our land, it means we lose everything…the identity that we have in society will be lost forever.”
– Elizabeth Tongne, Wide Bay Conservation Association

Communities in East Pomio, Papua New Guinea have historically drawn their strength from making important decisions together. As a matrilineal clan-based society, traditionally women’s voices have been central in crucial discussions in their communities. Across East Pomio, women are custodians of the land, with land passed down from generation to generation via women.

But since colonisation, the introduction of the Church, western-style political system, and increasing presence of extractive industries, our partners Wide Bay Conservation Association tell us that many of the traditional customs that made the clans of East Pomio strong and inclusive of women are fading away – particularly when it comes to land rights.

In East Pomio, how land is used is traditionally decided by women. Land is used to nourish the community, to grow and sell food, rear animals, and sustain life. It’s central to communities’ physical, social and cultural wellbeing. It’s also a prime target for developers wanting to capitalise on the fertile earth.

The threat of destructive development and extractive industries in East Pomio is a reality. Despite women’s ancestral rights as custodians of the land, Oil Palm and logging companies consult only with men in the communities to sell them land. These men are often low literacy, very rarely consult women in their decision making or seek legal advice to determine the legality of the contract, leaving the communities vulnerable to exploitation.

Over the years, Wide Bay Conservation Association has seen the impact of extractive industries on their land, communities and traditional values. Since 2008 they have worked across 20 clan groups in East Pomio to increase access to legal support for those whose land has been illegally taken, organised protests against the environmental impacts of logging and raised awareness in communities of the importance of taking a whole of community consultation approach to making decisions about land.

In 2016 Wide Bay Conservation Association mobilised 100 women across the 18 communities to march and protest against a Palm Oil company. Their chemical run-off was seeping into water ways servicing local villages and contaminating the water. Rivers used to access clean water for drinking, cooking and bathing was being contaminated. Despite police pressure to stop the protest, the women marched from 4am till the late evening demanding the company take responsibility. They demanded the company cease operations or provide all communities affected by the pollution with water tanks. Soon after, the Palm Oil company ceased operations. As of today they are still not operating throughout those communities. Further to this over the last ten years, Wide Bay Conservation Association has supported nine communities to refuse palm oil plantations on their land.

Under the leadership of a powerful matriarch, Elizabeth Tongne, communities in East Pomio are revaluing their traditional customs and values. People are revaluing traditional values and customs and merging them with global ideas and values. Women’s rights as custodians of their land are now being valued more. Women are appreciating the realisation that land gives them the power to make decisions on the most important asset in their traditional economy.

Elizabeth’ positions as Executive Director of Wide Bay Conservation Association and community leader gives her a unique insight into both sides of gender and land rights conversations in East Pomio.

“Gender equality in leadership is like the wings of a bird. Once there’s balance, we enjoy life. And so in society, I feel there was balance in society, but now the balance is not there. Without women represented in decision-making, the other wing is broken, and hanging loose. We need to fix that wing and bring it up so that the bird can fly higher beyond where it is now.”

For Elizabeth, land rights are at the centre of creating a more gender-equal society.

Land ownership in East Pomio is about more than wealth; it’s about survival. And with women largely responsible for the farming through which families survive, a loss of land and food security can often exacerbate gender-based violence. Through Wide Bay Conservation Association’s Matrilineal Clan Land Rights project they are tracing clan histories, geologies and land boundary to map land ownership and sovereignty to gain better control over destructive development and exploitation. The importance of secure land tenure is fundamental to the wellbeing and prosperity of their community and legitimises women’s place in decision-making.

Colonisation and commercial interference, are dismantling the traditional values and decision making processes of the people of East Pomio.  These introduced systems ignore the voices and power of women. With land becoming increasingly scarce and risk of climate change a looming threat to their coastal communities, Elizabeth knows that for the women of her region, the amplification of women’s voices in land talks continues to be Wide Bay Conservation Association’s priority. 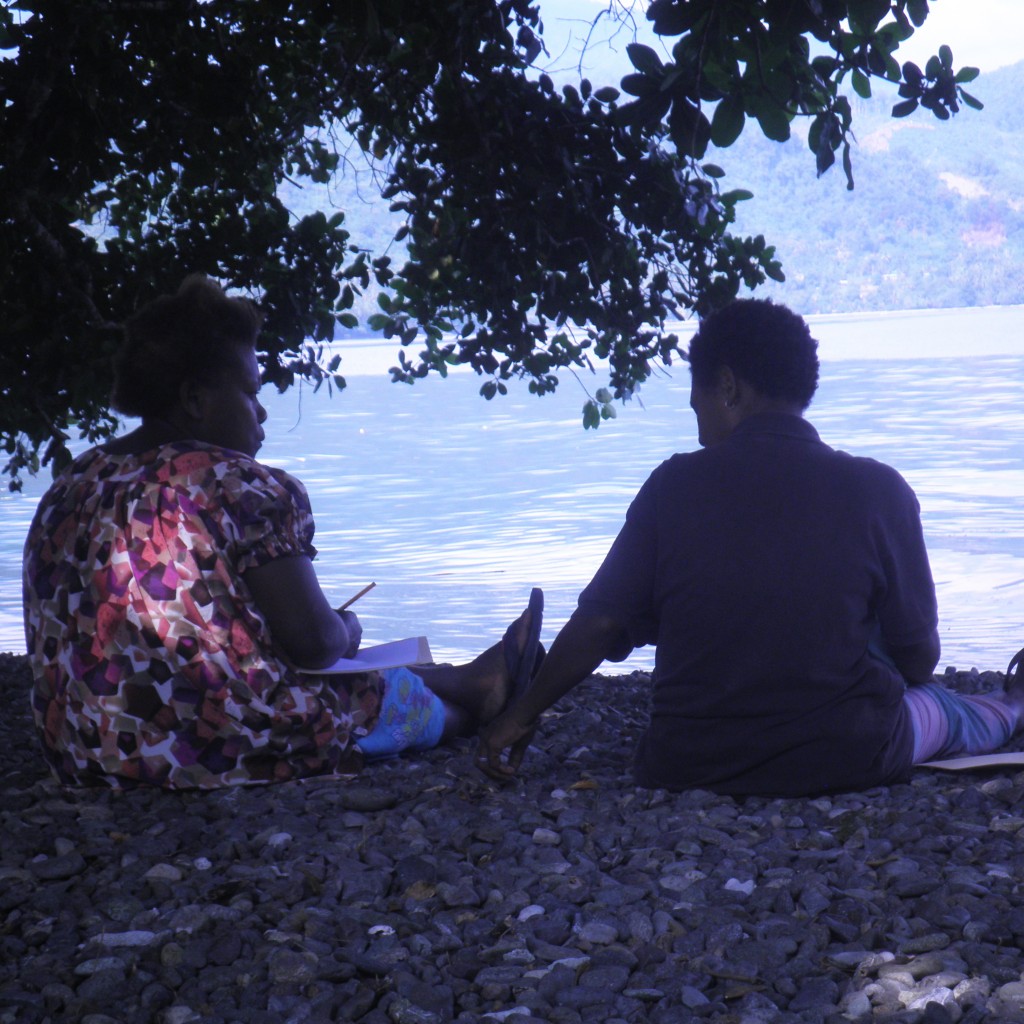 Does climate change affect us all the same?