WPS in Afghanistan: Betrayal and Renewal

The Taliban’s takeover of Afghanistan on 15 August 2021 unraveled significant achievements of the Women, Peace and Security (WPS) agenda in Afghanistan over the last two decades.1 Every western donor present in the country pushed the WPS agenda over the past two decades of their engagement in Afghanistan. The previous Government of Afghanistan adopted a National Action Plan on Women, Peace and Security in 2015. They made concerted efforts to implement the NAP by promoting women’s participation in the peace process, the parliament, in government and the security sector, and to protect women and girls from gender-based violence and other violations of their human rights. 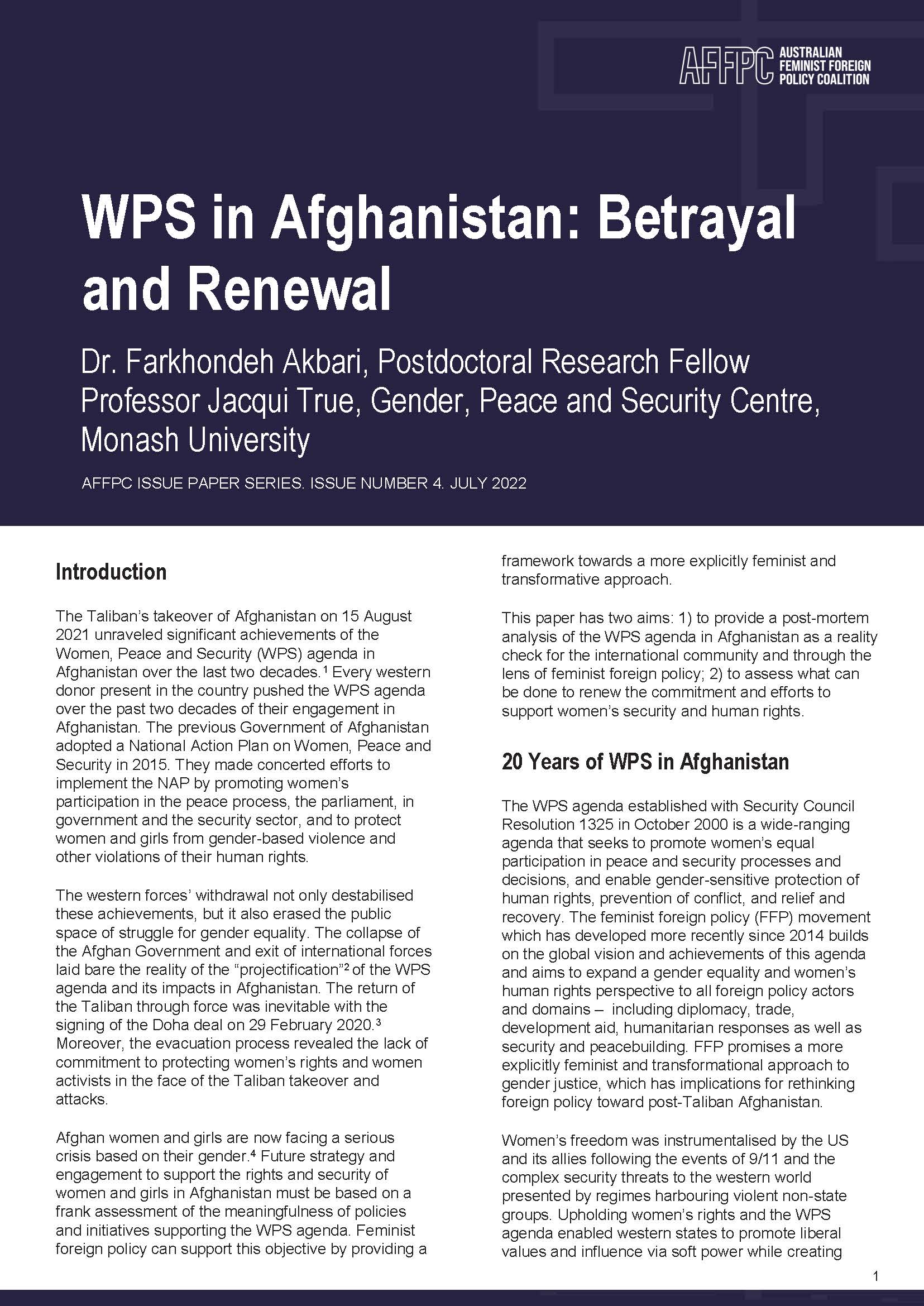