From 2017, International Women’s Development Agency (IWDA) and Akhaya Women have together implemented Myanmar’s first structured women’s political mentoring program. The program responded to the growing evidence base that calls for sustained, tailored support to women once they achieve elected office to ensure their voices are heard and to increase their influence.

The program involved matching women Members of Parliament (MPs) who have a commitment to gender equality, with experienced Australian women MPs and former MPs, who share that commitment. The initial 2017 pilot involved six pairs. Following positive findings in the pilot evaluation, a second cohort commenced in 2019 involving another six pairs.

This Learning Brief is based on the findings from an independent evaluation of women’s political mentoring programs in both Myanmar and Timor-Leste. 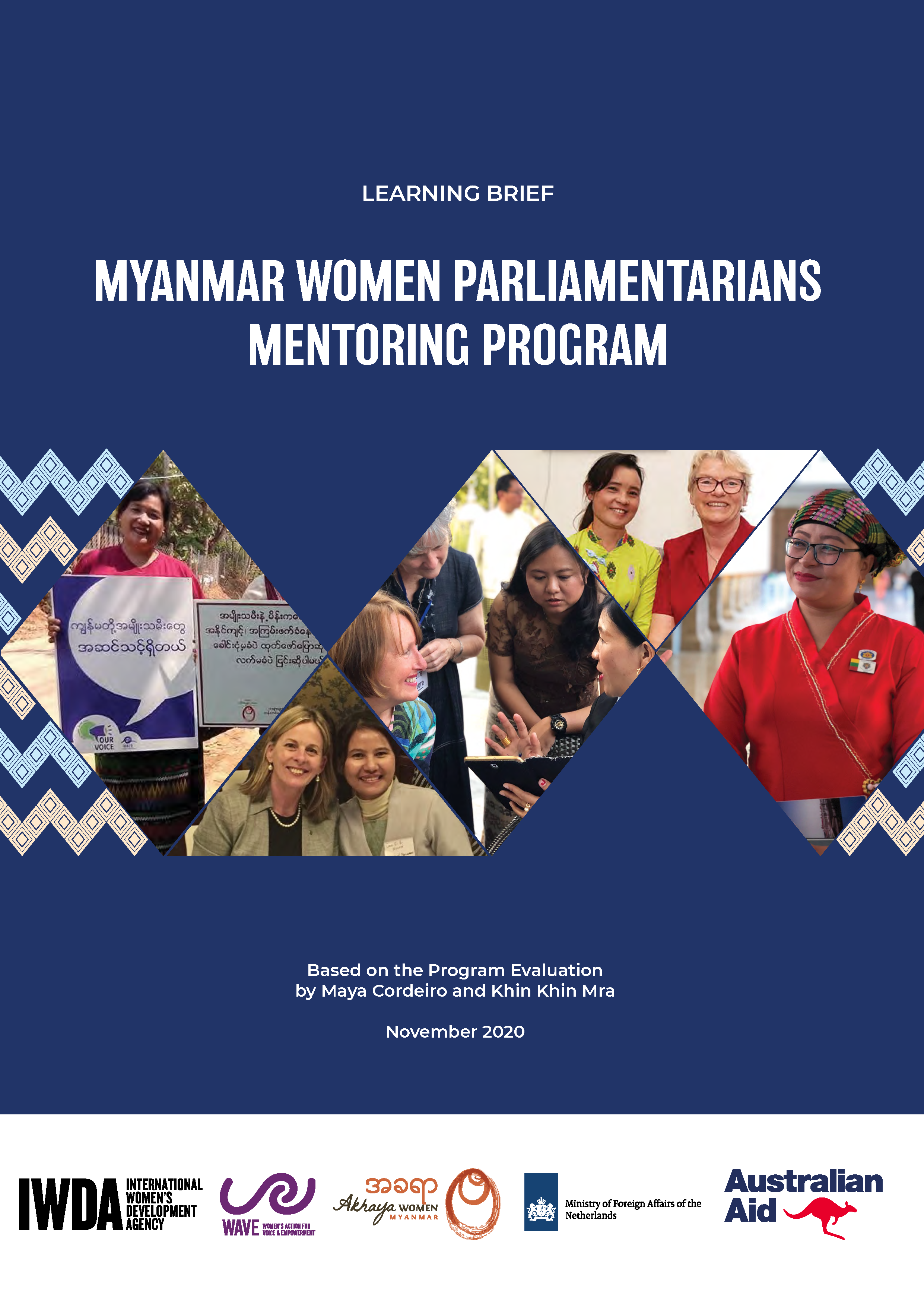