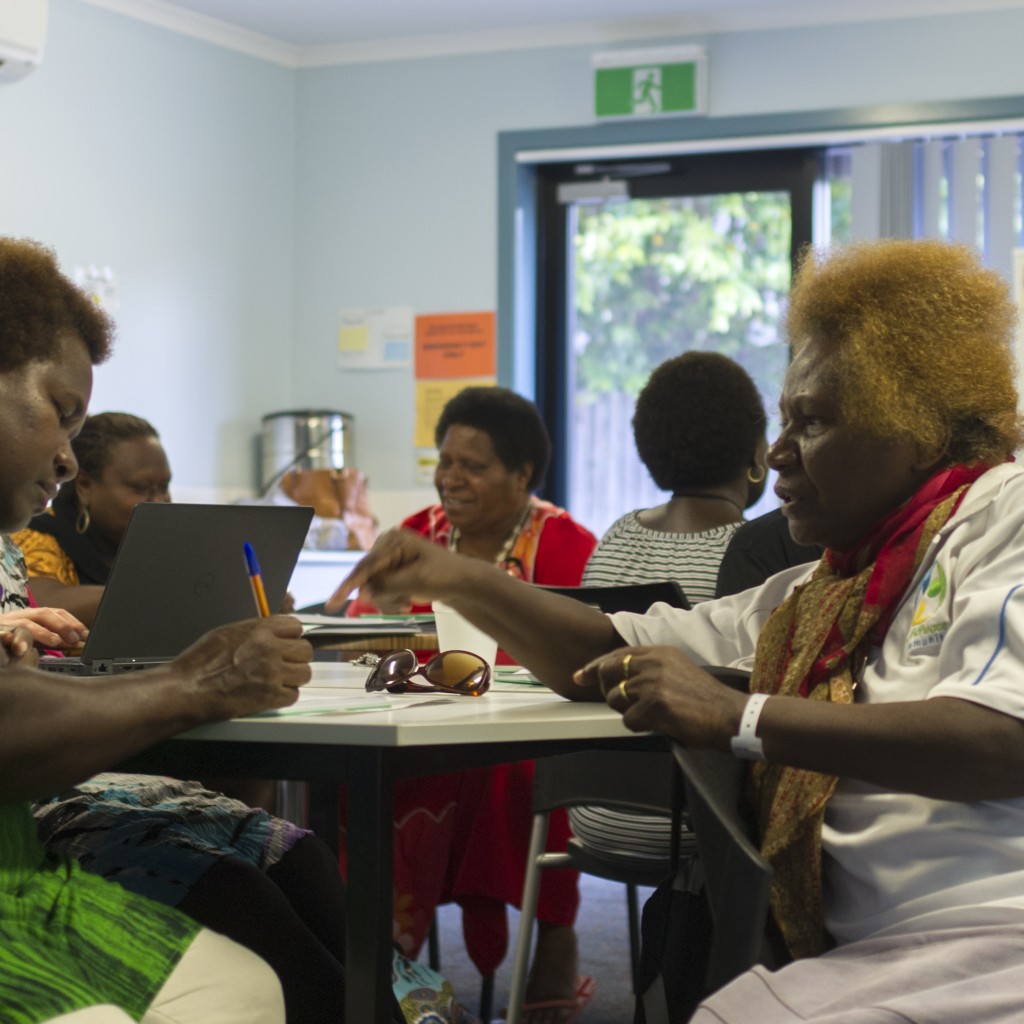 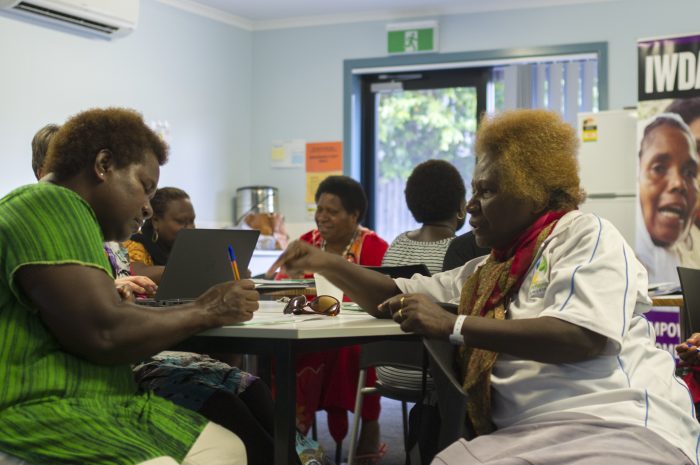 IWDA partners with others in the Asia Pacific region to advance women’s human rights. Under the FLOW Program, IWDA stands up for women by tackling the issue of women’s unequal access to power through fostering leadership skills and opportunities for women. Last month, IWDA and 13 members representing the eight FLOW partners met in Cairns for the final partners’ workshop of the four-year Program. As phase 1 of the FLOW program comes to completion in December 2015, the occasion served to celebrate the momentous achievements of the program. The workshop presented an opportunity to share important lessons learned, and to discuss next steps for increasing women’s representation in societal leadership across the three Pacific Island countries in order to drive gender equality.

In the face of profound challenges — deeply entrenched attitudes about a woman’s place in society, corruption and ‘money politics’ in the region — partners drew strength from sharing their experiences and knowledge held both collectively and by individuals. The three-day workshop focussed heavily on women’s participation in politics and civil activism, why women’s leadership is important and how to provide support to those who decide to run for political office. Participants focussed on what had succeeded in encouraging women to consider standing for election and to get into Parliament, what they thought they could have done better, and ways in which they may improve next time. Once all participants reported back to the group, individual partners created roadmaps for action, including tasks, responsibilities and timelines leading up to upcoming elections. This resulted in the partners being further supported as agents of change, a vital step in a strong regional movement towards gender equality.

Individual organisations showcased their program work during the workshop. Partners learned about feminist leadership program Emerging Leaders Forum (ELF), for example, which is run by the Fiji Women’s Rights Movement. ELF’s programs have succeeded in engaging young women, encouraging and supporting them to become leaders in their communities. Partners collectively agreed that engaging young women to develop their knowledge, capacity and resilience is crucial in order for the feminist movement to increase in scope and reach across the region.

FLOW partners benefitted from hearing about the work of the Fiji Women’s Rights Movement and the Fiji Women’s Forum. Practical examples such as the ‘My Guide to Voting’ booklet, produced prior to the September 2014 general election in Fiji, was seen as transferable to other FLOW country contexts. The booklet provides information on how to vote and focuses on young women exercising their electoral rights. The booklet was very successful in encouraging young women voters, evidence of which was seen in the high demand for the booklet: the 5000 copies which were printed in late July quickly ran out, and another 2,600 copies had to be printed in early August. By September all copies of the book were distributed.

Women sharing information and experiences with each other creates a wave of empowerment; it is a ripple effect of women supporting women. This is key for successful leadership, and will result in young leaders realising that the dream of women’s empowerment is attainable. Women’s participation is needed at all levels of government, but this very participation needs assistance in order to overcome structured biases that lead to underrepresentation. Such assistance begins in the community, and with the right support from local and international women’s movements, can result in more female candidates rising to the top levels of politics and society.