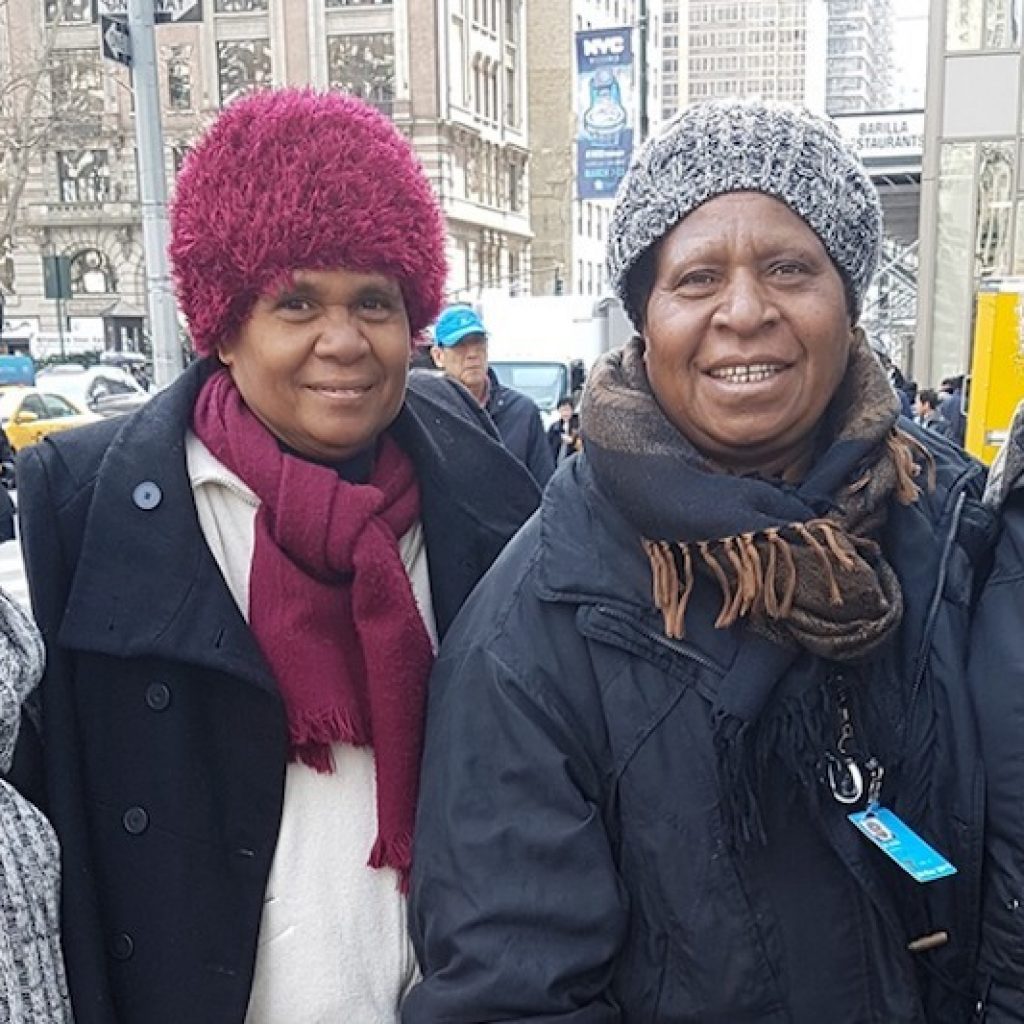 This article was originally published on Women’s Agenda.

International Women’s Day is normally a time to take stock of the past year in women’s rights, to celebrate our successes, and to highlight where we need to take action.

This International Women’s Day is different. The biggest global meeting on women’s rights has been postponed indefinitely due to COVID-19.

After a devastating summer of bushfires, we find ourselves counting the overwhelming cost to human life globally from COVID-19 and confronting what the changing climate and increasing instability means for human rights, progress, and the ability for everyday people to influence the global order.

It’s a reminder also to keep women’s rights progress top of mind, always — no matter how difficult it becomes to gather in groups. It’s essential for responding to the Coronavirus pandemic, along with climate change, the #MeToo backlash and other global challenges.

Last week, the UN indefinitely postponed the full program of the Commission of the Status of Women (CSW) due to the threat of COVID-19. Normally, CSW is the largest global gathering on gender equality and women’s rights with 20,000 delegates from government, civil society and the private sector.

The annual meeting has real world implications for women, as supportive governments and civil society work together to hold the line against backlash on women’s rights.

Instead, it will be limited to a morning of government delegates presenting a pre-negotiated statement.

2020 has been billed as a big year for gender equality. It is the 25th anniversary of the Beijing Platform for Action, the most progressive global agreement to date on women’s rights, as well as the 20th anniversary of UN Security Council Resolution 1325 on Women, Peace and Security.

It also signals ten years until we are due to meet the Sustainable Development Goals (SDGs), which commit to end poverty and achieve gender equality. Celebrating these milestones, the UN has launched a new campaign, “Generation Equality: Realising women’s rights for an equal future”, promoting a decade of action to make gender equality a reality in our lifetime.

2020 is also the year advocates intended to stand up to backlash against women’s rights, which has ballooned in reaction to the #MeToo movement.

We have seen this backlash in twittersphere with men’s rights activists, trolls, tradwives, bots; in Australia through shameful comments by Bettina Arndt and doctors afraid to offer legal abortions; and at the international stage through states promoting ‘rights of the family’ above ‘women’s rights’.

Attacks have been nasty and personal. Nonetheless, we were ready to show up, ignore the vitriol, and press governments to hold the line on basic rights accepted for over 25 years. Without CSW, we risk giving regressive forces a free pass.

It is likely that more multilateral forums will be cancelled. The US, home of the UN, is imposing travel restrictions, while Switzerland, home to the Human Right’s Council, the World Health Organisation and the World Trade Organisation, has banned gatherings of over 1000 people.

This has significant implications for human rights. Freedoms of peaceful assembly and association are enshrined in the Universal Declaration of Human Rights.

There is no public reckoning for violations of human rights and no opportunity to advance international norms. With increasing instability as a result of climate change and rising populism, this problem is unlikely to disappear, even when the threat of COVID-19 subsides.

So, what can be done?

With civil society excluded, we look to the Australian Government to galvanise global action.

We must not miss the opportunity to drive gender forward in 2020 – opportunities to galvanise global action don’t come along every day. Australia has shown leadership on gender equality before, using its G20 presidency to introduce a 2025 target to reduce the women’s workforce participation gap by 25 per cent, centring its Human Rights Council bid on promoting gender equality, and demonstrating leadership on the Women, Peace and Security agenda. This record highlights Australia’s ability to lead the world in ensuring crises are not used as an excused to take us backwards on women’s rights.

We look to the Australian Government to lead the international community in finding ways to maintain the voices of diverse civil society in multilateral forums, including mobilising dedicated funding and technological support.

The Australian Government should promote meaningful postponement of CSW activities when possible, and invest in the UN’s Generation Equality campaign to deliver on the promise of 2020. It should use the current redesign of Australia’s aid program to demonstrate forward looking leadership on women’s empowerment, as a proven accelerator of poverty reduction.

Women’s rights are firmly under attack, no longer just from backlash, but also from global crises that could derail human rights activities for the foreseeable future. It is more critical than ever that the Australian Government takes on an international leadership role in promoting gender equality; human rights are hard won, but easily lost.

This International Women’s Day, I hope you will join me in calling on our government to show global leadership in a time of crisis by articulating and implementing an ambitious 2020 agenda for gender equality. Australia has led the way before, now is our moment to retake the lead.