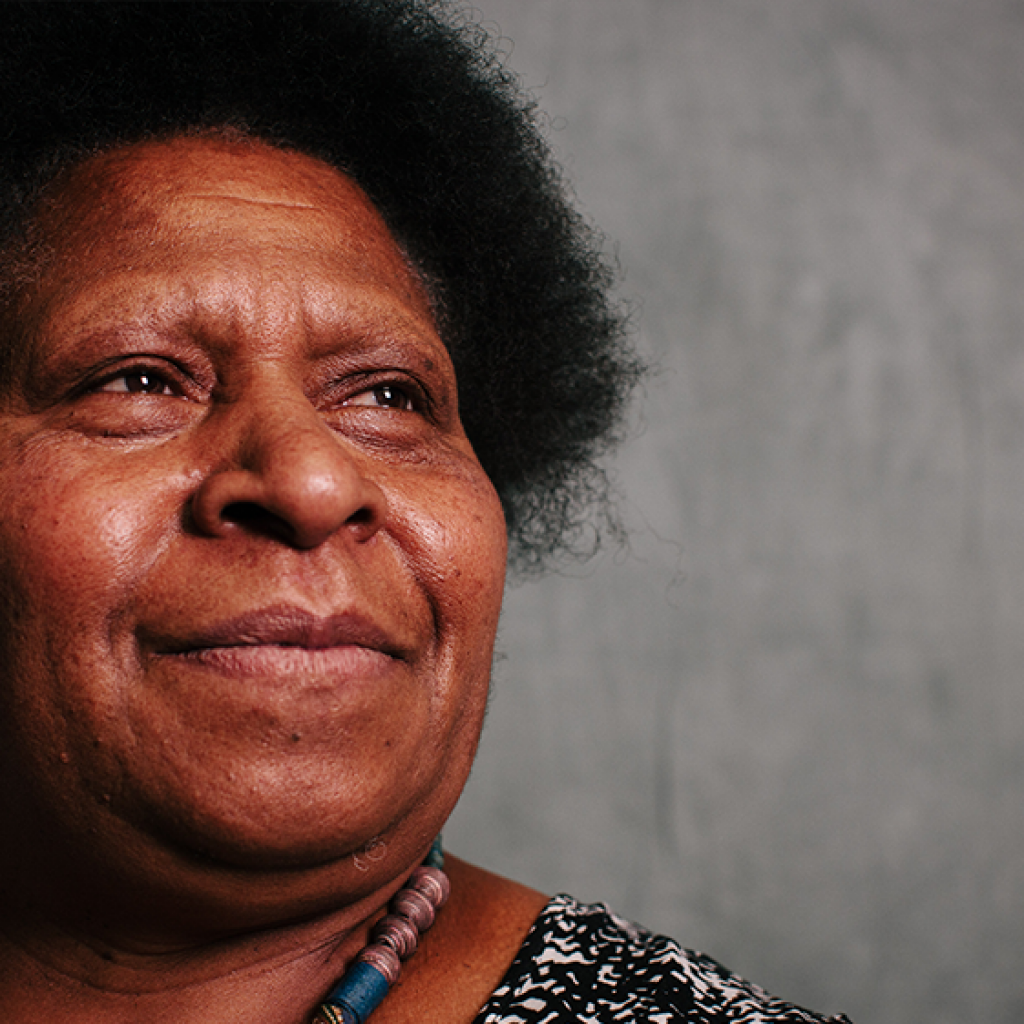 Lilly Be’Soer is a leader, a Women’s Human Rights Defender and a respected woman from Jiwaka Province, Papua New Guinea. She’s also one of the warmest people you’ll ever meet.

Her smile makes you smile; she’s the first person to break tension with a joke, and modestly laughs off people calling her the ‘big boss’, despite the obvious reverence of those around her. She’s the sort of person that would take a complete stranger into her home, give them tea, and let them bare their soul. It’s actually what she does every day.

Lilly is the leader of IWDA partner Voice for Change, an organisation providing shelter, counselling, legal referrals and support for women who have endured horrific physical, sexual and emotional violence.

Some women will walk hours from neighbouring villages to reach the Voice for Change office. For fear of their partners finding out, they’ll often leave the house before light breaks.

Lilly is often up at 4:30am every morning to plan her day’s work, get breakfast ready for her children and do other maintenance work for her home and the Voice for Change office. She often attends to women who come early to the office by offering them tea, company, and support until the counsellors and other staff get in. Throughout the day, women will arrive in waves, distressed, nervous, but bravely seeking advice on what their options are.

Some women have been beaten badly, and Voice for Change supports them to access care in this difficult time. Some are trying to leave a partner, but aren’t aware of their legal rights, or need support to navigate the court system. Some have reported abuse, but are struggling to get support from those around them who are reluctant to get involved in ‘family matters’.

Last week, something awful happened in their office. A woman fleeing a violent partner had made it to Voice for Change’s office for some advice and counselling. While she was talking with one of the staff members, her abuser followed her into the office and stabbed her in the leg so hard he fractured her bone. The knife missed the Voice for Change staff member by an inch.

She lost a lot of blood, but Voice for Change staff managed to get her to hospital, and expect her to slowly recover. Her attacker is in hiding, and the woman is terrified of what will happen once she’s released, and he’s still at large. The staff member fainted after the incident and is traumatised, but safe. The incident was shocking, and has left all staff deeply distressed.

The work that Lilly and her fellow Women’s Human Rights Defenders do saves women’s lives. But it often means putting their own safety at risk. Men will periodically stand outside the boundaries of Voice for Change’s office shouting abuse.

Last month, one man had severely beaten his partner, and Voice for Change provided her with counselling, support and legal advice. He retaliated by throwing a brick into their office.

These attacks have left Lilly shaken. She is worried for her staff, scared for the survivors who bravely come to ask for help, and concerned for her 5 children, who are often helping out around the office.

But Lilly will never stop her work. As we speak, she’s got contractors lopping down trees around her house so she can start to build a fence around the office. They don’t have enough money yet to complete the fence, but it’s a start. And as one of the only services offering this kind of support to women in Papua New Guinea’s highlands, Lilly will do all she can to keep these women safe.

Lilly and Voice for Change are very well respected in the community. In addition to their work with survivors, they run frequent workshops with both women and men about women’s rights, gender equality and violence prevention.

But not everyone likes that they support women to learn about their rights under the law and access justice – particularly the abusers, their families and communities.

When a woman gets married in Jiwaka, she leaves her family to join her husband’s tribe.

Anna* was living with her husband and their children when one day, he brought home another woman and said she was moving in. He wanted a divorce and he was keeping the children. Anna had to get out.

It’s hard to imagine being placed in such a horrible position, and as anyone would, Anna expressed her hurt, horror and anger at being betrayed by the person who was supposed to love her. She’d left her family village to marry him, and she told him she had rights.

Her husband attacked her with a bush knife, seriously wounding her before she managed to get word to Voice for Change, who reported him to the police and got him arrested. Anna thought she was safe, but soon, truckloads of men from her husband’s tribe were heading to her home, armed with bush knives, axes and sticks. They wanted to attack her.

Anna called Voice for Change, who, with the police, rushed to get to Anna before her attackers did. Lilly thought they wouldn’t make it, and they’d find Anna badly injured. Luckily, they managed to get her to safety, just in time. She was accommodated at Voice for Change’s Resource Centre and after two days, she and her two kids were sent safety off to her family.

These survivors aren’t just facing their dangerous husbands. They’re facing their families, friends and communities. And without Voice for Change, they’d often be doing it alone.

It’s tough, draining work. Lilly some cultural norms are obstacles. Many men view women as inferior, something Voice for Change work to alter through their community awareness workshops. Women themselves are often raised to believe violence is okay, and are not given access to information about their rights or how they can access justice. Police and other services lack resources to reach all women.

But Lilly sees perceptions changing. Men who have previously been abusers have attended Voice for Change’s workshops and become advocate for women’s rights. She’s seeing an increase in suspects being reported. And the ripple effect of women who visit Voice for Change sharing their stories means communities are becoming more and more aware of women’s rights.

Asking Lilly what keeps her going is almost redundant. She has made this her life’s work. When she’s not in the office, she’s attending meetings with police, judges and community leaders. She never stops working, because she doesn’t feel like her role is ever done. She has daughters, and wants to make things better for them.

If you’d like to learn more about life as a Women’s Human Rights Defender, read Brenda’s story.