On Monday, IWDA attended the launch of the Department of Foreign Affairs and Trade’s Gender Equality and Women’s Empowerment Strategy. We congratulate the Government on producing a comprehensive strategy which clearly articulates its commitment to advancing gender equality and women’s empowerment, in our region and beyond. 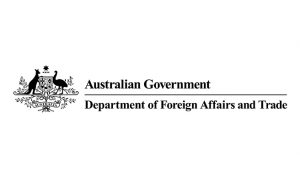 On Monday, IWDA attended the launch of the Department of Foreign Affairs and Trade’s Gender Equality and Women’s Empowerment Strategy. We congratulate the Government on producing a comprehensive strategy which clearly articulates its commitment to advancing gender equality and women’s empowerment, in our region and beyond.

IWDA particularly welcomes the fact that the strategy applies to all areas of DFAT’s work, including Australia’s diplomatic, trade and aid activities. This is an important first. Previous gender strategies only applied to aid and development activities. This led to the unhelpful situation of gender-blind policies and approaches within other areas of DFAT, such as the negotiation of regional trade agreements. This, in turn, limited or undermined efforts to improve gender equality through Australia’s aid program. The whole of portfolio approach outlined in the strategy can only strengthen policy coherence and overall effectiveness, provided implementation reflects intent.

It will also be important for the Government to consider how DFAT’s Gender Equality and Women’s Empowerment Strategy will support and integrate existing and emerging Government commitments. This includes commitments under the National Action Plan on Women, Peace and Security, reporting obligations under the Convention on the Elimination of All Forms of Discrimination against Women (CEDAW) and other human rights instruments, and the Global Goals for Sustainable Development.

IWDA welcomes the commitment to practical action outlined in the strategy including, in particular, commitments to supporting women’s organisations and coalitions, and recognising the diversity of women including disabled, indigenous and particularly disadvantaged women.

The strategy also recognises the importance of a long term commitment to achieve sustainable change for women and girls. This must be reflected in support for women’s rights organisations and networks. The research evidence is clear: women’s rights organisations play a central role in improving gender equality and the rights of women and girls. Dedicated, long-term, flexible funding for women’s organisations is essential to their ability to do the daily work of changing discriminatory attitudes, policies, laws and institutions. Currently, less than 2% of Australian sector allocable aid (USD 56.4 million) is allocated to ‘women’s equality organisations and institutions’.[3] Strengthening the resourcing of women’s organisations working for gender equality in our region is essential if this strategy is to succeed.

Importantly, for investments where gender equality is a significant objective, it is currently impossible to know how much is actually spent on specific action to promote gender equality and address barriers to women’s economic empowerment. And without this information, it is difficult to assess the effectiveness of those efforts.

Improving the ability to track and report how much is spent and where, to promote gender equality will help the Government achieve the priorities laid out in this strategy.  Currently, a road upgrade program costing $500 million that improves women’s market access would be classified as a program where gender equality is a significant objective. $500 million would then be added to the value of investments classified as addressing gender equality in their implementation. The vast majority of Australia’s investment in gender equality and women’s rights looks like this – programs that mainstream gender equality. Mainstreaming is vital to ensuring that the whole aid program contributes to promoting gender equality and women’s rights. However, there is currently no systematic tracking and reporting of what is spent on what activities to achieve this integration. This makes it very difficult to determine the effectiveness of mainstreaming and how it connects to improvements in women’s lives. This needs to change.

IWDA looks forward to continuing to engage and work with DFAT in implementing the strategy and welcomes the ongoing commitment of the Australian Government to gender equality and women’s empowerment as an important end in itself and essential for effective, equitable and sustainable development.

[1] Eves, R. & and J. Crawford 2014 ‘Do No Harm: The Relationship between Violence against Women and Women’s Economic Empowerment in the Pacific,’ In Brief 2014/3, Canberra: Australian National University, available at: https://iwda.org.au/assets/files/SSGM-IB-2014_3.pdf

[4] Expenditure targeting gender equality as a primary objective amounted to 5% of DFAT’s aid investments by value across all sectors: Performance of Australian Aid: 2014–15, February 2016, available at: http://dfat.gov.au/about-us/publications/Documents/performance-of-australian-aid-2014-15.pdf  p.73-4.