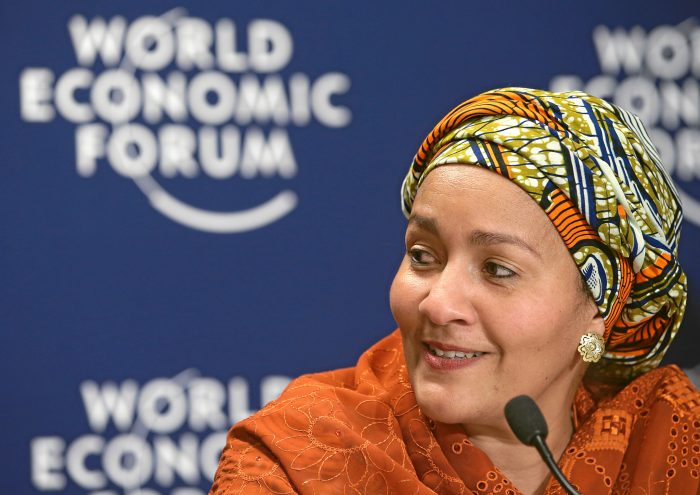 The NGO Committee on the Status of Women has acknowledged Amina J. Mohammed with the 2016 NGO CSW Forum Women of Distinction Award.

Mohammed is the CEO/Founder of the Center for Development Policy Solutions), a newly established think tank to address the policy and knowledge gaps within the Government, Parliament and private sector in development and civil society.

Last year, she was appointed Hon Minister of the Environment by Nigerian President Mohammadu Buhari. In an interview with the Guardian at the time of her appointment, it was clear that she saw women as the driving force of change, stating “We need to put women at the centre of decision making… over and over again we are realising that climate change is manmade because it is the result of decisions taken by men.”

In 2012, Amina J. Mohammed was appointed Special Adviser on ‘Post-2015 Development Planning’ to the United Nation’s Secretary-General Ban Ki-Moon, and was his right-hand woman during negotiations for the Global Goals for Sustainable Development. Mohammed also has more than 30 years of experience as a development practitioner in the public and private sectors, as well as civil society.

The NGO Committee on the Status of Women, NY (NGO CSW/NY), one of the Regional Committees of CoNGO that advocates for women’s rights and gender equality. This annual award is given to a woman or women in recognition of her leadership in the struggle for gender equality and women’s empowerment.