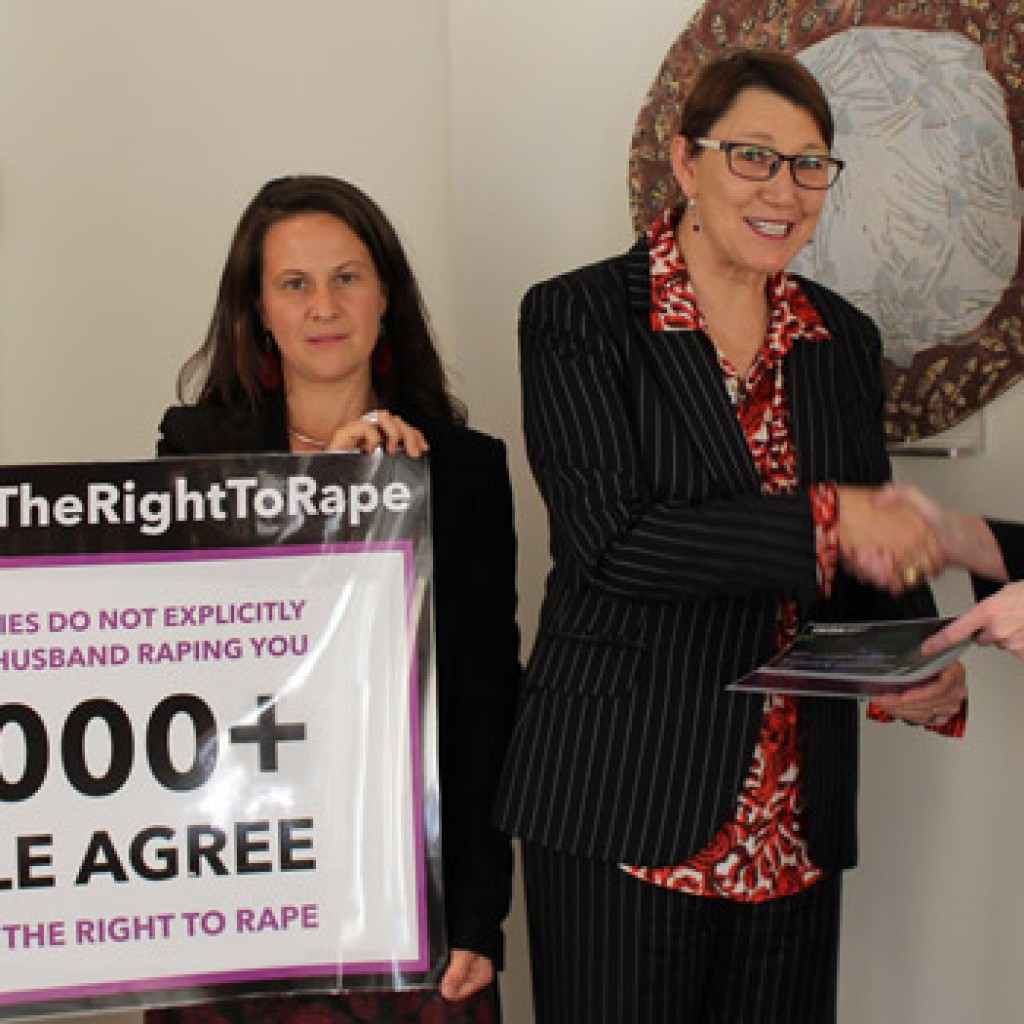 In the few weeks leading to International Women’s Day this year 25,768 people joined IWDA’s call to End the Right to Rape.

Together we demanded that governments take action. All women have the right to feel safe and protected. It’s outrageous that 1 in 3 women worldwide experience sexual violence. We want this to change.

We delivered our call to End the Right to Rape during the United Nations Commission on the Status of Women meeting (CSW). This is the world’s principle global policy making body dedicated to achieving gender equality and the empowerment of women. 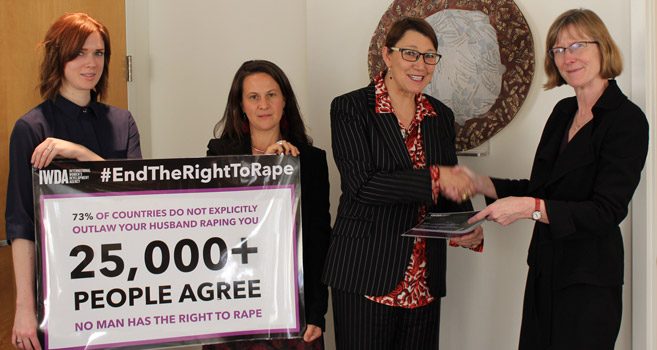 “I attended CSW59 as IWDA’s representative and engaged with a very broad constituency of organisations and individuals. It was enthralling and it was a marathon,” Joanna Hayter says.

This year was significant for CSW. It was the review and 20th anniversary of the Beijing Declaration and Platform for Action, seen by many as the women’s bill of rights.

Governments around the world have committed to advancing the rights of women and girls and removing the barriers that hold them back. Moving from rhetoric to reality is not automatic. Real change requires many changes – in laws and policies, institutions and systems, attitudes and behaviour.

Together, with over 25,000 voices, we make change possible. When we demonstrate how much an issue matters, why action is needed and how it can happen. A petition is a way of joining others to say, this is a priority. You must act now. And you have our support for change.

The End the Right to Rape campaign reached over 2.6 million people around the world through news media in countries such as India, Malaysia, Egypt and Mexico.

To all who signed the petition – thank you for making our call to action so powerful.