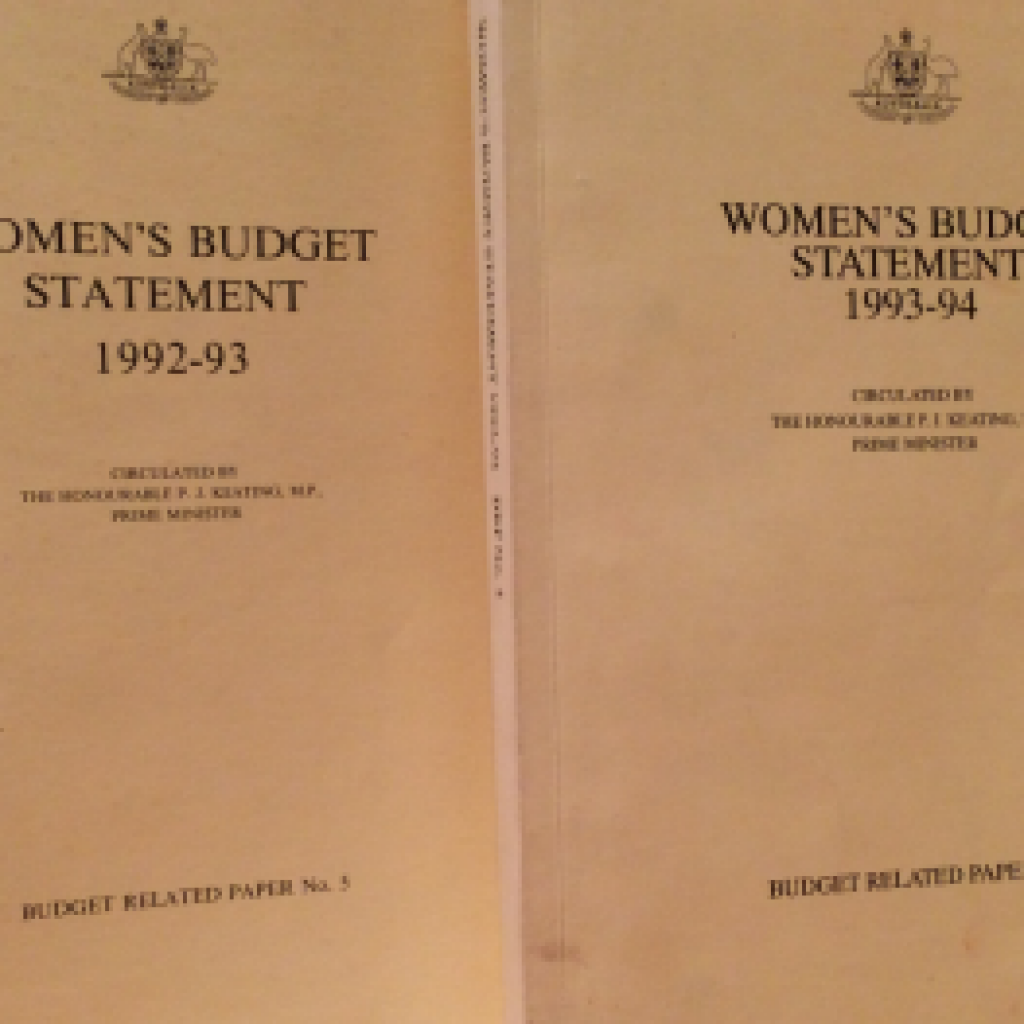 Currently the Budget doesn’t give us a clear picture of how the billions of dollars of taxing and spending affect women and men.

IWDA is calling for a more transparent and effective budgeting process and a commitment to gender responsive budgeting. We are not alone; other women’s organisations and networks, academics, some development organisations, international institutions including the United Nations, the Commonwealth Secretariat and the International Monetary Fund, and The Economist are advocates.

What we shouldn’t forget is that Australia was once a leader in analysing how budgets affect women. In the 1990s, the Australian Government published a Women’s Budget Statement, a formal Budget document, over 300 pages long, highlighting how the policies and programs of each portfolio would impact women and girls. By the end of the nineties it was a slimmer volume, more PR less detail. It slipped to being published after Budget night, with the Office for Women analysing Government spending decisions after the fact.  2013 was the last time the Government published any gender budget analysis. The Abbot-Hockey Budget of 2014 saw savage cuts, including to information.  Civil society responded, with the National Foundation for Women stepping in to coordinate a “gender lens” report on the Budget, with contributions from academics and civil society, including IWDA.

Analysing budgets for their gender impacts makes it possible to adjust policy and planning so that national spending advances gender equality, something all Australian Governments have committed to. Publishing this analysis promotes transparency and accountability. Organisations like IWDA can do their own assessments, informed by proper numbers. Together, these enable the community to see how public policy and expenditure will affect the status of women.

Gender responsive budgeting, which last night’s Budget failed to incorporate, is widely considered best practice and is implemented across a range of other OECD countries, and by the State Government in Victoria.

Women and men in their diversity have different interests and needs, roles and responsibilities, and take on different economic and social roles over their lifetime. Being blind to these differences, and the different impacts that policy and programming may have, is foolish – and completely avoidable.  Lack of data about the gender impacts of tax and spending makes it harder for women’s organisations to effectively scrutinise the budget. This means we are all less informed about how the Budget is likely to impact us, those we care about, our communities.

This lack of information is a problem for Australia’s development assistance too. The Australian Government made a commitment that 80% of Australian aid would effectively address gender inequality and women’s empowerment. Lack of data and transparency makes it difficult for both Government and citizens to track the spending on gender equality and the extent to which money is being directed to women’s rights organisations, which are best placed to ensure positive change for women and girls over the long term.

Our gender specialists are now working on deeper budget analysis and will get that analysis/comment/recommendation to you over the coming weeks.

What we do know is that four consecutive years of cuts to the international development assistance budget will disproportionately affect diverse women and girls in our region and the world. We know these women and girls are key to greater ongoing peace and economic stability.

There are no gender neutral budgets, only gender ignorant ones. We are calling for a return to routine gender analysis as part of developing the Budget, tracking gender equality expenditure and outcomes across the whole of government and publishing the results. This will allow us to see how our processes and decisions will impact diverse women and men in Australia, the region and the world– and what can be done to accelerate progress towards gender equality.