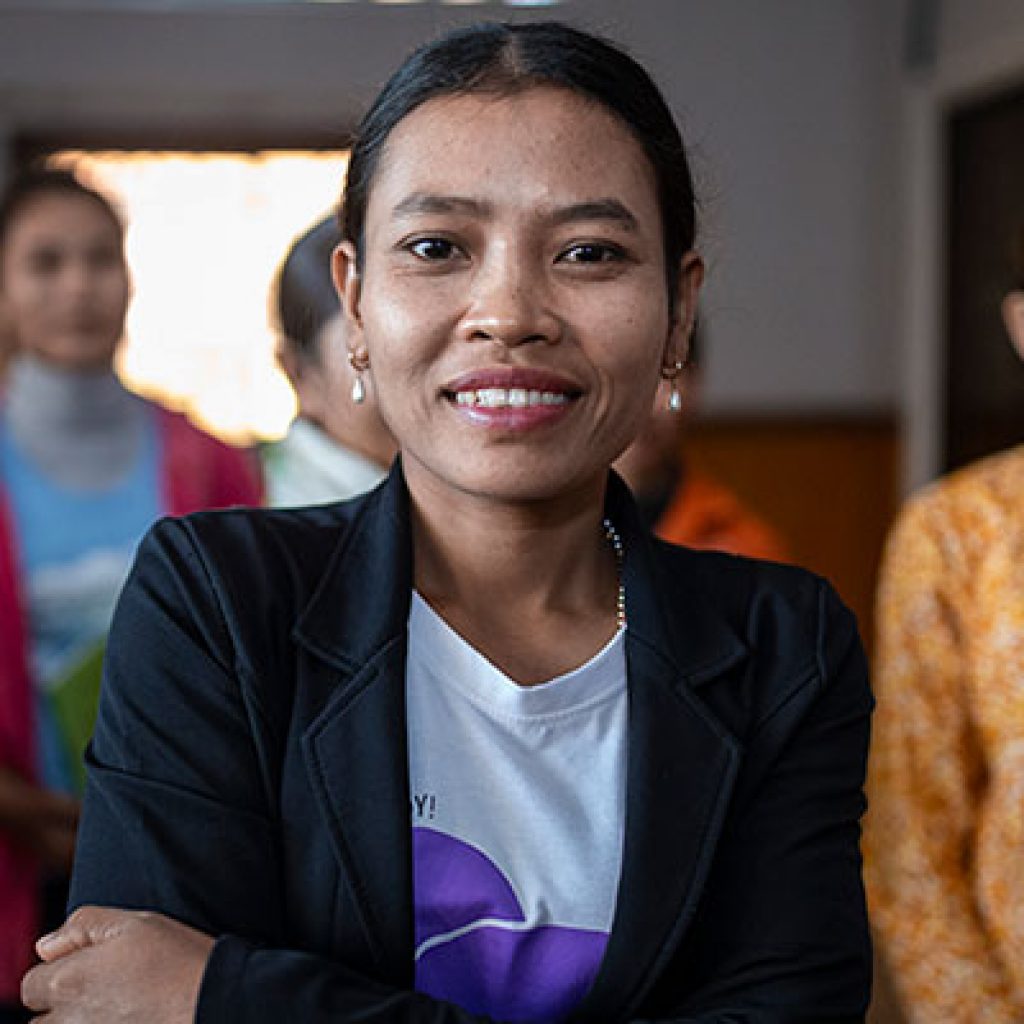 IWDA’s Joanna Pradela and Alice Ridge look beyond women’s leadership to explore how a feminist foreign policy can help countries navigate this period of global disruption.

IWDA’s Joanna Pradela and Alice Ridge look beyond women’s leadership to explore how a feminist foreign policy can help countries navigate this period of global disruption.

The era of US hegemony is fading. New blocs are emerging, and China has grown to become a technological and economic powerhouse, exerting its new influence through trade, military might and – more recently – as a growing player in international development. COVID-19 has the potential to tip this balance further, or cause as yet unknown shifts in the global world order, as nations scramble to readjust to new economic realities.

In response to these shifts Australia has leaned in to a traditional approach to international relations, viewing power as a zero sum game and maintaining a narrow focus on the security of the nation state and its interests.

But these traditional approaches do not work for women, especially marginalised women, and where they have been claimed to be successful it is only because those very same voices – women and other marginalised groups – go unheard.

As the first cab off the rank, Sweden’s twin track approach (gender equality as a central goal of foreign policy, and applying a gender lens across all areas of work) supported by the “three Rs” (rights, representation and resources) has done much to define the scope of feminist foreign policy approaches.

There have also been efforts by civil society to define feminist foreign policy. These definitions have been crafted to reflect the policies that exist today, and the policies that could serve us in the future.

In this vein, IWDA partnered with the International Center for Research on Women (ICRW), as well as NYU professor and former Chief Advisor on Peace and Security at UN Women, Anne Marie Goetz. Our research aimed to break out of the Twitter echo chamber and foreground the voices of women from countries who are often on the ‘receiving end’ of these policies, but have little or no say in how they are set up.

We wanted to answer the question: What do women in the global south see as the key principles and accountability mechanisms of feminist foreign policy?

Together, and with support from the Rockefeller Foundation, we organised a workshop at the Commission on the Status of Women in 2019. This workshop gathered 40 feminists from 19 countries to reflect on the emergence of feminist foreign policies and propose core principles and accountability mechanisms that would enhance the development, refinement and delivery of these policies.

What emerged was first and foremost an agreement that “what you do” defines your policy, not just “what you call it”. In other words, feminist foreign policy is just gender-washing if it isn’t underpinned by principles and accompanied by accountability mechanisms.

Finally, the research surfaced the concept of “transparent misalignment”. This is a pragmatic way to acknowledge that in any process of policy development, there are inevitably trade-offs which must be made. Publically acknowledging and justifying these trade-offs was seen as a critical measure for transparency and accountability.

Closer to home, IWDA has produced comparative analysis of existing feminist foreign policies, and developed a position paper outlining the case for Australia to adopt a feminist foreign policy. Minister Payne holds a unique and unprecedented opportunity as both Minister for Women and Foreign Minister to support the alignment of domestic and international policy in ways that respond to, amplify and promote the imperatives of gender equality. Through the current review of Australia’s international development policy Australia has the chance to go the way of Canada, and announce a feminist international development policy which elevates the achievement of gender equality to be a core part of the purpose of Australia’s development assistance, as the first step towards a broader feminist approach.

In the context of COVID-19 and at a time of significant global disruption, taking a fully feminist foreign policy approach would establish Australia as a true global leader, and help Australia stand out on gender equality to our neighbours in the region.

Initially published on devpolicy.org, this blog is a summary of research presented by the authors in the session, ‘Feminist foreign policy: a new approach for a new era‘, at the 2020 Australasian AID Conference.