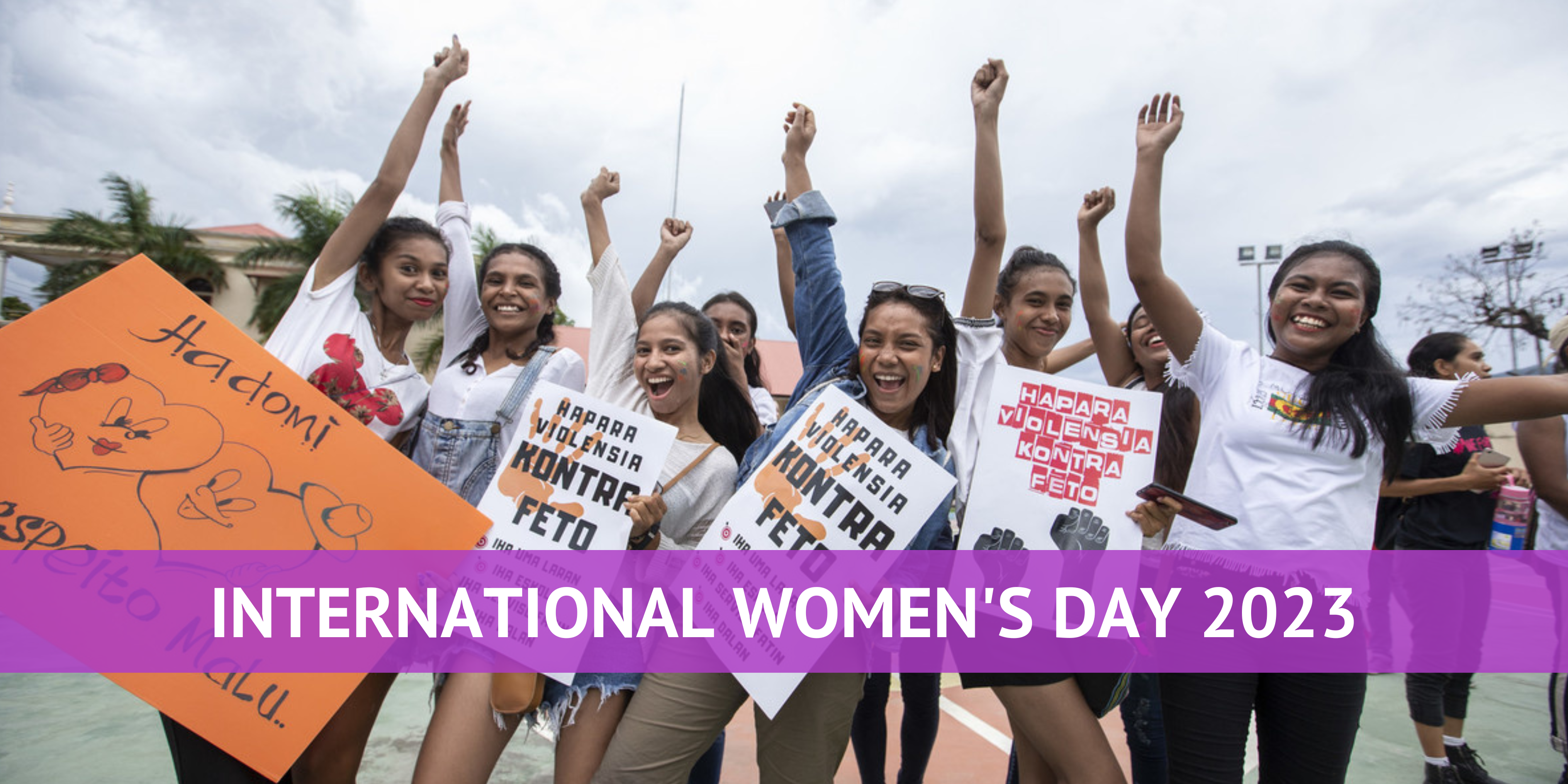 If you don’t already have International Women’s Day 2023 marked in your calendar, there’s still time to get organised before 8 March. It’s always been a big day for us at IWDA, but after the turmoil of the past few years, it feels particularly important to stand together.

Here’s a bit more about the history of International Women’s Day, how it started, and why it’s so important.

What is International Women’s Day?

International Women’s Day (8 March) is a day for us to join voices with people around the world and shout our message for equal rights loud and clear: “Women’s rights are human rights!”

We celebrate all women, in all their diversities. We embrace their facets and intersections of faith, race, ethnicity, gender or sexual identity, or disability. We celebrate those who came before us, those who stand beside us now, and those who will come after.

It’s a time to celebrate the achievements of women, whether social, political, economic or cultural.

What is the theme for International Women’s Day in 2023?

The theme for International Women’s Day 2023 is ‘Cracking the Code: Innovation for a gender equal future’. This theme is based on the United Nations 67th Commission on the Status of Women priority theme ‘Innovation and technological change, and education in the digital age for achieving gender equality and the empowerment of all women and girls’.

The history of International Women’s Day

In 1908, against a backdrop of terrible working conditions and exploitation, 15,000 women took to the streets in New York protesting for shorter hours, better pay and voting rights.

Why does International Women’s Day matter?

Because we’re not there yet.

IWD is a day to recognise how far we’ve come towards gender equality, and also how far we have left to go. Back in 1911, only eight countries allowed women to vote, equal pay for equal work was unheard of – if women were allowed to work at all – and reproductive rights were non-existent.

We have come a long way. Whereas once women couldn’t vote, we’re now leading countries. While we once faced restrictions on where we worked, we’re now running corporations. In countries such as Australia we have rights our grandmothers could only have dreamed about, but we still don’t have complete equality. And the majority of the world’s women aren’t anywhere near as close to that goal as we are.

More than 100 years ago, that first march was about ending harmful workplace conditions, equal rights, equal pay, and an end to exploitation. And sadly, those aims are still relevant today.

Because the rights we have are not secure.

Progress should be linear, but it’s too often accompanied by a step back. Sometimes, even once laws and rights are established, they are ignored anyway. For example:

IWD is a once-a-year chance to remind governments, businesses and everyone else watching that women aren’t going anywhere, and we’re prepared to take action to achieve our human rights.

Because progress hasn’t been equal.

Some women feel they have not encountered discrimination or harassment, or faced systemic barriers to their success, but that’s not the experience of all women. IWD is an opportunity to acknowledge the compounded challenges faced by women of colour, women with disabilities, and queer or trans women, and stand in partnership with them.

It’s also a show of solidarity with our sisters living in countries who may not be able to march out of fear for their safety.

On International Women’s Day we remember that as long as one woman faces discrimination, harassment, inequality or oppression, we all do.

Because sometimes we need to remember we’re not alone.

Between personal experience and public headlines it can feel like we’re not getting any closer to gender equality, or that it’s too overwhelming (and exhausting) to keep challenging social norms. Maybe we’re just tired of fighting the same fight. IWD is a great way to get re-inspired or re-energised, or to remind ourselves there are millions of women out there standing with us, and we’re all facing – and winning – the same battles.

47,000 women and girls were killed by their male partners or family members in 2020 – and those are only the deaths we know about

2.7 billion women are legally restricted from having the same choice of jobs as men

14.2% is the size of Australia’s gender pay gap

45 countries do not have specific laws against domestic violence

There are likely to be many virtual IWD events being run across the country and worldwide. Have a look at what’s going on and sign up if any interest you.

Find out more about the feminist movement and the fight for gender equality. Learn about intersectionality and the challenges faced by women of colour, trans women or women with disabilities. Read books by women from all walks of life, or get inspired by a leading feminist scholar and activist. IWDA is a good place to start finding out more about extraordinary women!

Celebrate your favourite women, women leaders, or feminist achievements by shouting them out across social media using #IWD2023. If you want to make it more personal, thank the amazing women in your life for all they do.

Be deliberate in your choices

Have a look at your bookcase and see how many books were written by men compared to women (and here’s a blog to help you get started on balancing the books). How many women are in your music or podcast playlists? Own or run the shops where you pick up your groceries? Think about whether there’s a better way to support women through the media you consume or the products you buy.

Donate to your favourite feminist cause

There are countless groups working for gender equality or women’s rights, organisations doing everything from providing access to healthcare, shelter from violence, or lobbying for change. If a particular not-for-profit or advocacy group impresses you, consider helping their work with a donation. (And if you want to help us financially, you can donate here.)

Are men welcome too?

Of course! International Women’s Day is a time for everyone, regardless of gender or gender identity, to celebrate the progress that women have made towards equality and remember how much further there is to go. Male allyship, especially when men are prepared to use their privilege to support gender equality, is a welcome amplification of women’s voices. And remember, feminism isn’t just about improving the lives of women, it’s about dismantling ALL damaging gender stereotypes and roles. Achieving gender equality should be as important for men as it is for women.

Oh, and what does purple have to do with International Women’s Day?

The Women’s Social and Political Union in the UK started using purple, green and white to symbolise women’s equality as far back as 1908. Historically, purple was a colour that denoted justice and dignity, and now it is used to represent women. Green is a symbol of hope. Today, purple is the colour of International Women’s Day, and combined with green represents the feminist movement.

If we work together, a feminist future is possible. But we have to fight for it.

Thanks. You’ll be updated with important news as we fight for gender equality. See our privacy policy for more details.